How The Road To Feminism Took Me To Islam

It is not easy growing up in the west. You are confused, often lacking self-belief. On the outside, you may pretend to know everything and not care about anything, but deep inside, you are constantly seeking. This has given rise to a number of modern social-justice movements. All they are trying to do is, find meaning.

Such was the case with me.

Born and brought up in London. As a young girl, all I could think of was feminism. My parents taught me to be a strong woman. And I wanted to be one. So, I pursued feminism. But, the more I studied it and got deeper into it, the more I realized that modernity has pulled us away from the real woman empowerment.

Is wearing short-dresses empowerment? Is having multiple affairs empowerment? Is shouting at your parents and loved one’s empowerment? I asked myself. The answer was obvious. Yet, it took me a lot of time to figure it out. It happens with many of us, I suppose.

Then what is Feminism in the truest sense?

I pursued this question. I spent weeks and months over this question. Eventually, the question took me to my father’s homeland, Pakistan. I spent the next few months in Lahore, a place where relationships still mean more than money and where loyalty to Allah is still the highest virtue. But  what about feminism? 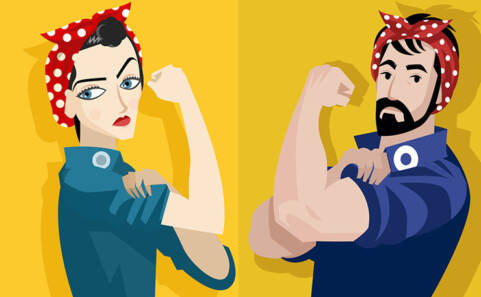 Some people told me that Pakistan is a terrible society for women. But my experience told me otherwise. I learnt the following lessons.

Also Read: Pakistani Celebrities Were Asked What Feminism Means And Their Response Is So Surprising!

The truth is, Islam knows how to best protect women and help them live a complete life. Sadly, so many of our intellectuals deny this and try to follow the western path. What they don’t realize is that the same path, if pursued with honesty, will eventually bring them back to Islam. Amen!

The story is originally submitted by Sabi Maryam.