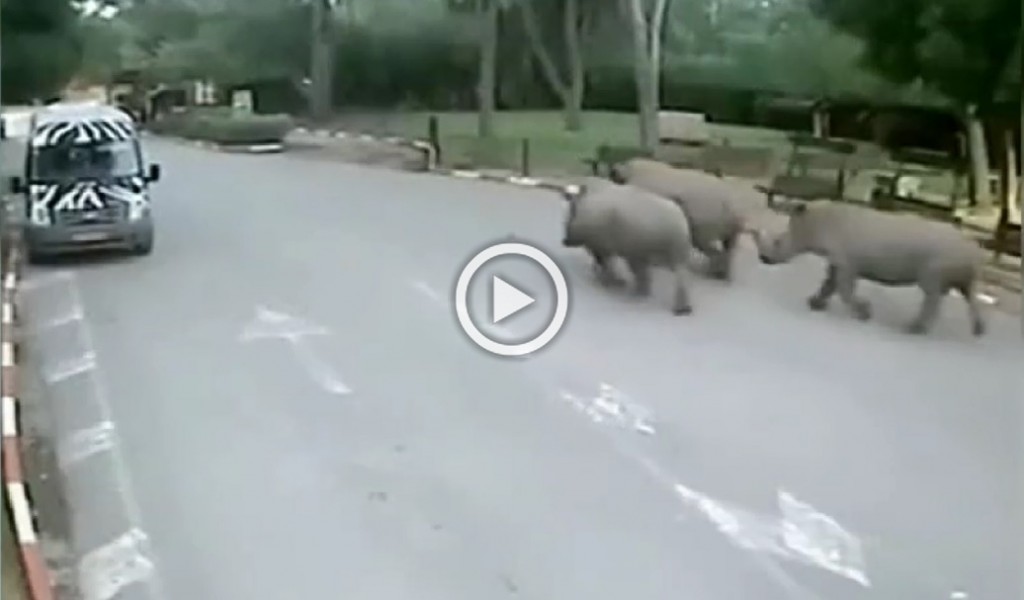 Three female Rhinos named Rihanna, Keren Peles and Karnabella managed to escape from the Safari Zoo Israel after the security guard fell asleep by an open side gate.

They were caught on CCTV camera running back into the safari zoo while being chased by the managers of the zoo.

Passers-by spotted them and called the authorities. The guard who was found sleeping was fired.