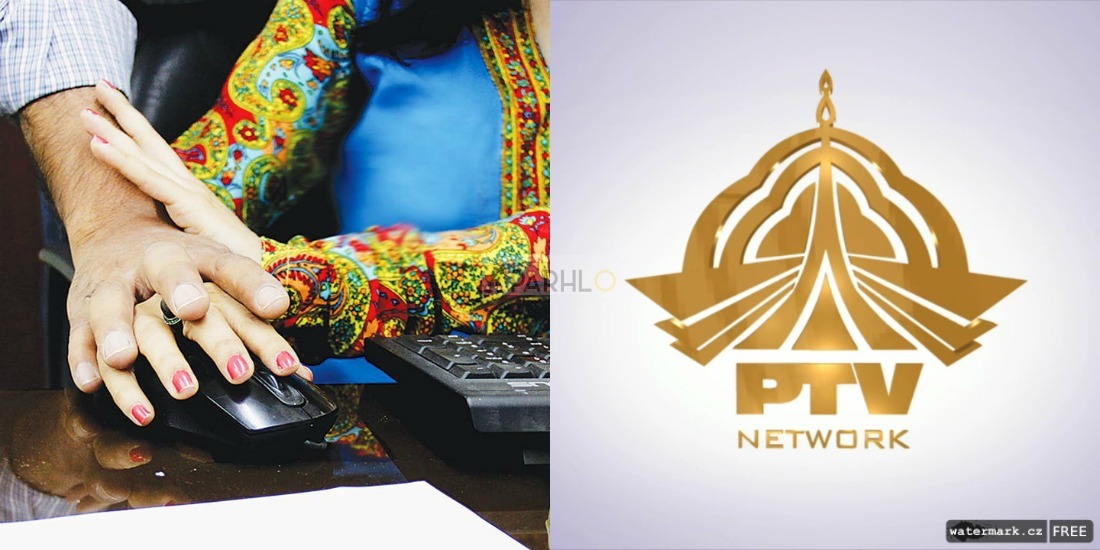 It seems that 2017 is not going to be the best of years for Pakistan Television (PTV). In one of the worst revelations of the year already, two female journalists who worked at PTV were harassed and instead of being provided with justice upon their complaints, they were asked to go home or suggested to quit work altogether.

Tanzeela Mazhar (TV journalist, writer, and poet) and Yashfeen Jamal (PTV anchorperson) were both harassed in separate cases in the same organization, which is PTV. Tanzeela Mazhar, after being harassed and then evaded by the inquiry committee, took to Twitter and vented out what had happened. The response she got from colleagues and the general public definitely strengthened her and Yashfeen Jamal’s stance.

In an inquiry on my complaint of harrassement against masood shorish,PTV comittrmee asked y didnt you leave job if u were harrassed?

Yashfeen Jamal replied to Tanzeela’s tweet, saying that she had faced a similar incident and on her complain she was asked to leave work ‘like a shareef ghar ki larki’ – so basically what they tried to tell her was that ‘shareef gharo ki larkiyan’ do not complain after being harassed, or should not stand up to the harassment mafia that is present in the organization.

I am the complainant and I was asked "sharif gharon ki larrkiyaan ghar chali jaati hain ap kyun nahi gaeen??!!!"https://t.co/Qz7jJX9Gox

On the back of these tweets by both the victims of organizational harassment, Twitter exploded in anger

Read TL of @TenzilaMazhar and @yashfeenjamal to know the plight of female anchors working in the state TV. #WeStandWithTanzilaMazhar

We must support @TenzilaMazhar women should have freedom to work. Govt should take strict action against culprits #WeStandWithTanzilaMazhar

I am very happy to see @imranhworld he revealed that #DCAPTV was making vids & blackmailed females pic.twitter.com/opcelv4EnG

Chapair to Committee on such a rubbish & stupid decision. https://t.co/sGMCjBDqmZ

#Pakistan is suppressing women in the name of Islam.It's unlikely to disappear until more women move into the management suite. https://t.co/6aAu4CFVr5

In other words, they confessed that PTV was not the place for "Shareef Ghar Ki Larkiyaan"? https://t.co/KTAwGdLR38

This is insane indeed https://t.co/jVvfWRsLv1

The revelations come after a number of different social media exposes, pertinently the one of Saroor Ijaz, identified as one of Pakistan’s veteran journalists. This new trend of exposing perverts in the media industry is a step in the right direction of liberation, freedom and putting an end to the sexual harassment culture which is widely present and practiced in Pakistan.

Leading journalists from different news organizations of Pakistan condemned the shocking act of Mr. Shorish and most of all, the committee that was set up to inquire the complaints lodged by the female employees of PTV. The questions the committee asked them were downright disgraceful and degrading. Which organization in the world, especially one that revolves around journalism, that too sponsored by the State, asks such questions that why a female employee didn’t ‘quit’ her job if she was being harassed. What kind of sick mentality is the committee trying to promote? If a female journalist is being harassed by men around her, instead of schooling the men for their shameful and appalling behavior, the woman should leave her job and go home? That makes as much sense as the ‘Kisaan and Sona Yuriya ads’ that are still aired on PTV.

Let us, together, condemn this sick attitude of PTV and speak in support of the female PTV employees. #WeStandWithTanzeelaMazhar #WeStandWithYashfeenJamal

Read Also: Pakistani Role Models Of 80’S And 90’S During The Time Of PTV