Chairman of Federal Board of Revenue (FBR) Syed Shabbar Zaidi tweeted on Saturday that the FBR collection targets for the month of August have been astounding, in his words “The FBR collection in this month [August] is 297.4B despite 8-10 nonworking days.” 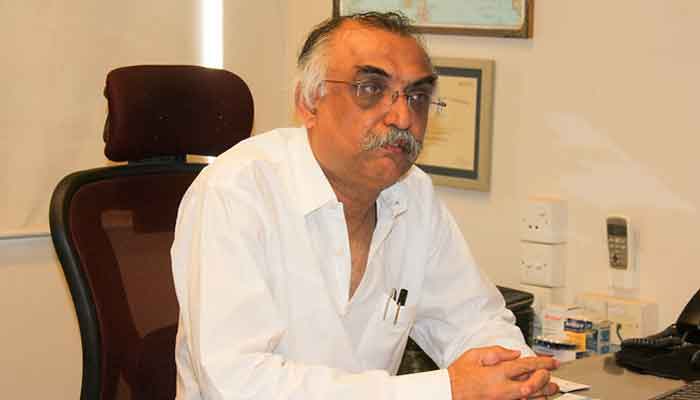 He went on to add that FBR’s target for the fiscal year 2019-20 has been achieved to the extent of 90 percent, that is 580 Billion has been collected against the target of 644 Billion. This is a big achievement on the government’s part.

Alhamdulillah FBR collection in this month is 297.4B despite 8-10 non-working days.

Earlier on Thursday Shabbar Zaidi said, the basic aim of FBR is to make the tax system easy, understandable and implementable for the masses, He told the APP, we want to enhance and reform the taxation system including automation of the institution and other tried and tested practices in FBR to facilitate the taxpayers.  He added that he wants to take the automation level to 60 percent to speed up the collection process.

Increasing the tax net is the government’s priority:

Pakistan has the lowest rate of taxpayers per administer in South Asia, the majority doesn’t pay tax and many are those who pay lesser tax by tweaking the numbers. This is mainly because of the corruption in the government institutions.

There have been rumors that the Chairman FBR doesn’t pay tax himself, Chairman FBR Shabbar Zaidi Is Being Accused Of Not Paying Taxes Himself And Awaam Is Asking Their Kasoor!

However, FBR cleared him of all the charges.

Earlier toda,y Shabbar Zaidi posted another snippet of information, he said another positive aspect for the two months, July and August of FY 2019-20 is that the imports have been decreased by $1 Billion. Taking this into consideration, the collection during the last two months is in according to the target.

Therefore, if that positive effect is taken into account, collection during the past two months is in line with the target. Alhamdulillah.

Shabar Zaidi was appointed 2 months back as the previous chairmen FBR failed to achieve the tax collection targets. Since his appointment Shbbar Zaidi chose an aggressive approach to increase the tax net, He said, FBR Is Going To Take Stern Action Against Smugglers.

And seems like Pakistanis are super happy with this!

InshaAllah being a Tax consultant I will contribute towards national intrest

So far so good!

Asif Ali Zardari and Nawaz Sharif are the two families who destroyed Pakistan's economy.But it is beyond my comprehension that some people have a veil over their intellect and they still regard them as their rulers.
Team #ImranKhan is doing very positive so far.

Nation is with you sir. Keep it up. And we hope as promised, this will also help back to Pakistanies soon. #NayaPaksitan

So far the FBR or Shabbar Zaidi hasn’t denied or clarified it yet.  We just hope the measures taken by the government end up strengthening our economy. Who do you believe guys? Do share your thoughts in the comments.

The ‘Monochrome’ Collection By Ideas Pret Is Out of This World And It’s Time You Check It Out!
This Boy’s Take On The Current Issues In Kashmir Is Winning Everyone’s Hearts On Social Media!
To Top