In the changing political cycle of Pakistan, Prime Minister Imran Khan has proved himself to be the nation’s right choice. From stabilizing Pakistan’s position to eliminate corruption from government organizations, the public has witnessed it all. Amidst the ongoing developments, recently, the Federal Bureau of Revenue (FBR) called out a list of fashion designers for tax evasion.

FBR reveals the names of 24 fashion designers who misreported their sales!

However, the revelation came in after analyzing certain necessary documents to identify the massive tax fraud. Previously, in a similar case, the FBR had raided Neuplex Cinemas and allegedly seized records pertaining to tax evasion. Well, this time, the Federal Board of Revenue (FBR) has revealed about 24 names of fashion designers who are involved in massive tax evasion.

Here’s the official notice from FBR! 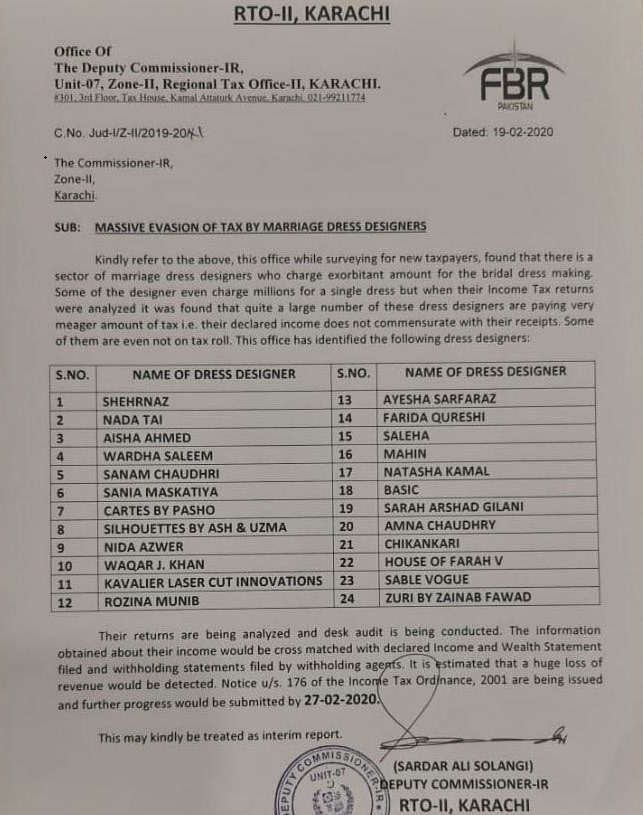 In fact, the income the designers’ show doesn’t even match with the submitted receipts which indicate pure tax evasion. Moreover, Solangi stated, ”Some of the designers even charge millions for a single dress but when their income tax returns were analyzed it was found that quite a large number of these dress designers were paying a very meager amount of tax i.e. their declared income does not commensurate with their receipts”. 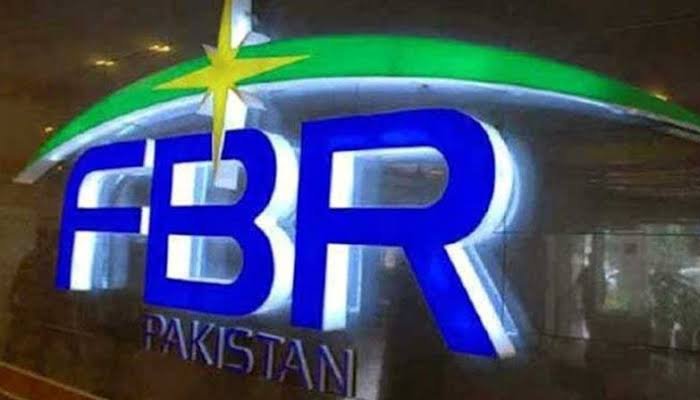 ”The information obtained about their income would be cross-matched with declared income and wealth statement filed and withholding statements filed by withholding agents”, he concluded. Particularly, an initial investigation took the tax department in collecting information about the misreporting of sales and legal notices are being sent to the designers.

As of now, the case is circulating on social media and the public is giving their opinions on the matter. Apparently, the 24 designers recently did a show together in collaboration with an event organizing company. While many are appreciating the decision, some are thinking of it as a conspiracy against the said fashion designers.

The basis of selection of the 24 designers chosen by FBR was an Instagram post of 14th February by the House of Ensemble. Of course anyone not paying taxes should be taken to task but atleast make the process transparent and across the board… pic.twitter.com/qDbffhH1bH