Whenever there is a discussion about harassment that mostly comes from men, there is always an argument laid that women too partake in such offensive activities, however little in number compared to the opposite gender. A recent controversy surrounding PTI’s Minister Fayyaz ul Hassan Chohan has been making rounds over the media where he is approached by the TikTok celebrity Hareem Shah accompanied by another girl, Sundus, interviewing him about a recent viral video that includes him walking barefoot in rain. 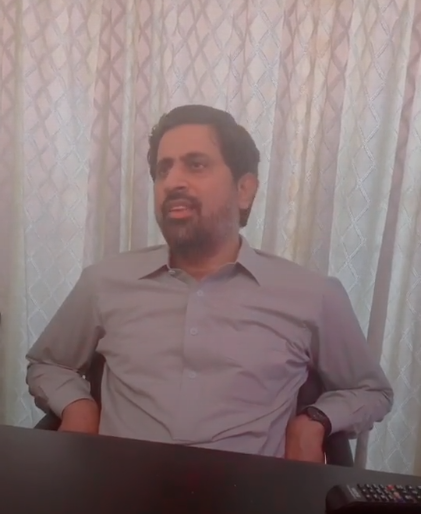 Several Videos of him with the girls were uploaded by Hareem Shah on her TikTok account!

By the looks of those videos, it shows that Fayyaz was trying to maintain his nerves trying to reply to their question. However, things took an unusual turn when they started getting close to him on which he sprung from his seat clearly feeling uncomfortable and annoyed.

Considering the sensitive current times where people are easily exposed through videos and chats, one really has to tread carefully, especially if you are a public figure with footing in politics. One small move and your reputation will be ruined. Similarly, the word has been going around that Hareem Shah is known for her questionable and dubious work. Details of why Mr Fayyaz took them on for what looks like an interview is a different story. 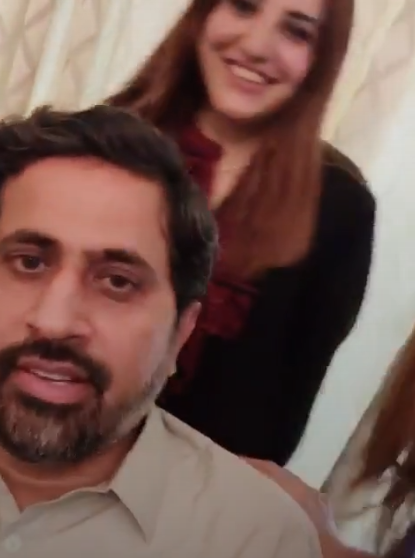 But him literally jumping off from his seat when Hareem Shah tried to come in the same frame as Fayyaz shows his quick judgment on not to entertain this anymore as it could cost him his reputation. It doesn’t take long for videos to spread like wildfire and he will have to release a public statement clarifying his position which could easily get stained.

Hareem Shah and her companion were interviewed on Naya Din and revealed that Fayyaz Chohan didn’t know he was being recorded on TikTok!

The girls said they went to his office for CV and job-related matter. Upon being asked by the male host on making his video without his permission being ethical-less; Sundus clarifies that the first video where he is comfortably seated was being filmed with his consent. But, the next one was ‘forced’, due to which he instantly left the shot.

Nonetheless, the entire encounter seemed awkward and uncomfortable. If you are interviewing a renown personality, the least you can do is show professionalism. This wasn’t it.

What do you make of this? Let us know in the comment section below!

Nazo Shinwari Demands Justice After Her Step Brothers Killed Her Parents & Higher Authorities Are Sleeping!
Mountain Dew’s Most Intense Gaming Showdown Just Took Place In Lahore And It Was Next Level!
To Top