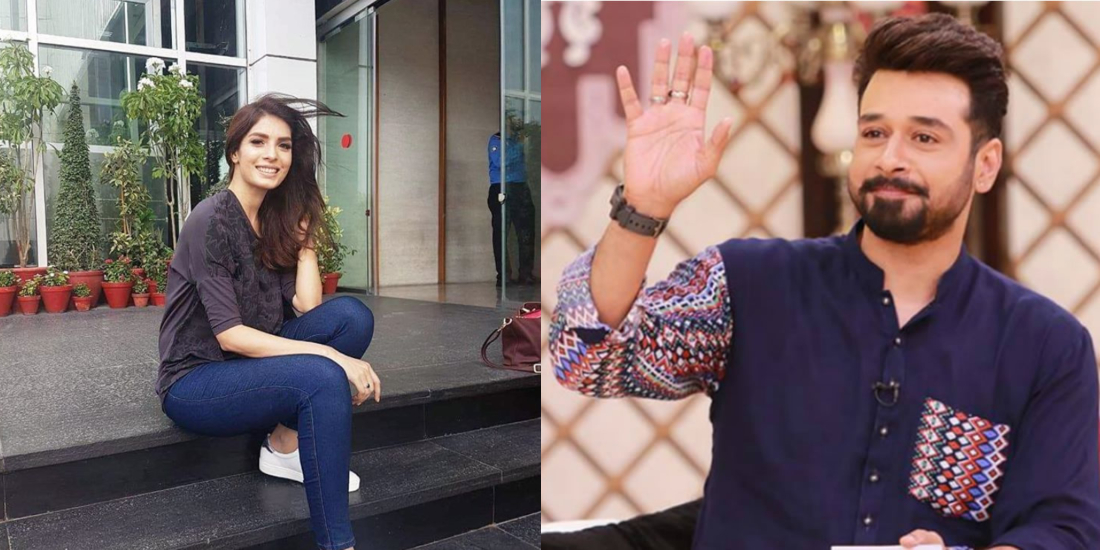 TV shows now have started this new trend of mocking people. Which absolutely is not cool at all! A few days back when a TV show mocked Bushra Maneka over her choice of hijab, which led to a heated debate over the internet where a large majority of people were already in favor of mocking her, where so many people said that they don’t like how she’ll representing all the “liberating” women of Pakistan in the international settings. Like WOW! How about her freedom of choice?! Well! Well!

The mocking of politicians and their family is never justifiable, neither it is okay when it is done for an actor. No one gives anyone ANY RIGHT to mock or belittle someone, just because you don’t like their set of lifestyle or personality.

Faisal Qureshi is one of those hosts who’s always careful when it comes to making fun of any celebrity, and he always plays safe saying something offense to anyone. But this time he miserably failed!

Faisal joked about Meera Je and this is really not OKAY!

Which this show’s clip going viral over the internet, people are not very happy with Qureshi’s statement and “choice of words”

Yes, he did say that!

Wasn’t really supposed to be funny

Well, it is a very insulting thing to say to anyone. Meera is a senior actor and plus never herself never have made fun of Faisal at any point in time; then it can’t be a grudge. Just plain mocking on the basis of personal choices.