Even though the Pakistan Super League has finally concluded, the jolts of the tournament are still being felt. The biggest sport extravaganza in the country’s history, the PSL brought together fans, sportsmen, stars and other celebrities.

Giving your memory a subtle jog, you might remember that Mahira Khan had been supporting the Peshawar Zalmi franchise, while Fawad Khan had his loyalties with the two-time champions, Islamabad United. After Islamabad United successfully bagged their second tournament, Fawad Khan remembered he had a query he needed to reply to. 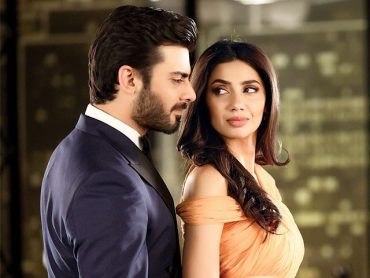 Go back to the matches in Dubai, Mahira Khan had released a video message, where she’s wearing the Zalmi kit. On the request of a fan/part of the franchise, Mahira Khan was asked to challenge Fawad Khan with a special dialogue. This is what she said: “Fawad, nahi hota tumse chase!” – after the famous Champions Trophy final banter between Pakistan and India, over “Kohli, nahi hota tumse chase!”

Even though Fawad Khan and Mahira Khan were both present at the final match in Karachi, the duo were not sitting together. There have been rumors of a split between the two, but with celebs, that’s very normal. After the nail-biting encounter was finally over, Islamabad United’s Fawad Khan stood stall and was finally able to reply Mahira Khan over the comment she had made.

Speaking to somethinghaute, Fawad Khan gave a soundbite where he finally shut up Zalmi fans and pretty much Mahira Khan too. In the video message, Fawad Khan said: “Karnay waalay boltay kam hain!” – taking a straight jab at Mahira Khan and her comment. The punchline must have hit hard. Probably as hard as that last six from Faheem Ashraf.

With the PSL finally over, Pakistanis don’t know what to do with themselves. The constant cricket that was being played and watched in every household was the only thing people looked forward to.

Ali Zafar’s Performance In PSL During Maghrib Prayers Is Making Everyone Furious!
Umar Akmal Tweets an Apology in Surprisingly Good English and People Cannot Stop Trolling Him
To Top