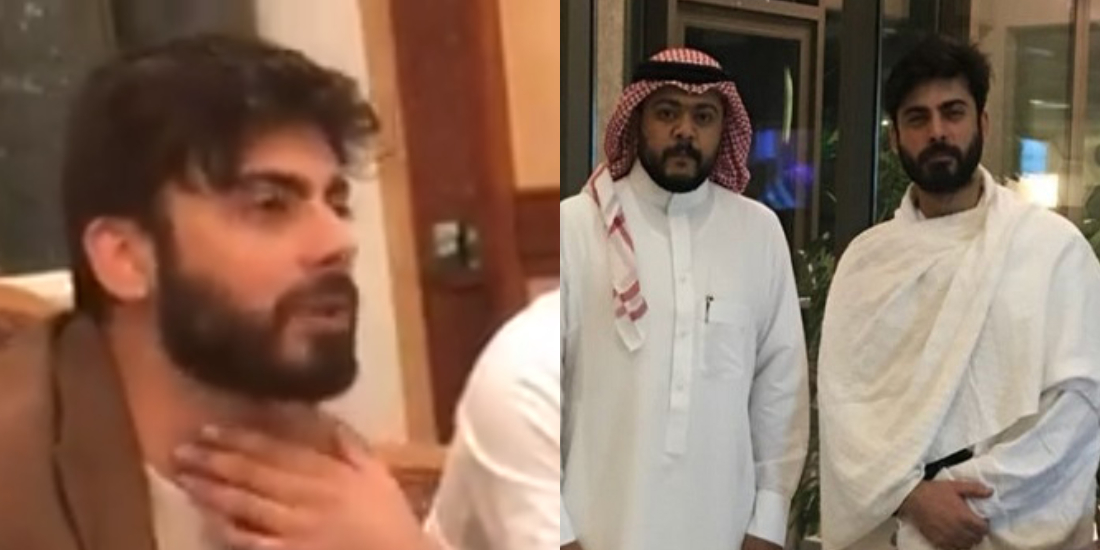 Millions of Muslims performed Hajj this year and it’s incredible to see how the amount of pilgrims is rising every year. Speaking of which, many Pakistanis were also part of this religious duty. What’s even amazing is to see our Pakistani celebrities being a part of it. And yes, Fawad Khan and his wife, Sadaf were also part of it this year.

Sharing his Hajj experience in an interview, here’s what Fawad had to say:

Here’s the video where he shared his Hajj experience:

#Hajj means many things, such as a show of devotion and a demonstration of solidarity with #Muslims worldwide. And for award-winning #Pakistani actor, model and singer #FawadKhan, it also offered a rare chance to escape the spotlight. @thefawsadkhan https://t.co/TWy9MIL08v pic.twitter.com/dUX0LkLzmn

In another interview, Fawad also mentioned:

“This was my first experience of Haj and I am happy to share that I take back great memories of it and I am extremely impressed with the professionalism of the entire security and government’s management for the remarkable services rendered to all pilgrims.”

However, when Fawad’s Hajj pictures started making rounds on the internet, where he was seen attending a ceremony after Hajj hosted by King Salman bin Abdul Aziz and the CrownPrince Mohammad bin Salman, people couldn’t help but notice that Fawad Khan did not shave his head after performing Hajj.

These are pictures from… umm hajj?? Wait they actually performed hajj?? But he has hair. A lot of them?
How did no-one know :OO

And what does Islam say about shaving/trimming hair after Hajj?

Nevertheless, we are hands down equally honored that you got to represent us in front of the world. More power to you, Fawad!