Fawad Khan Gets Criticized Again by this Indian Journalist Who Simply has No Chill! 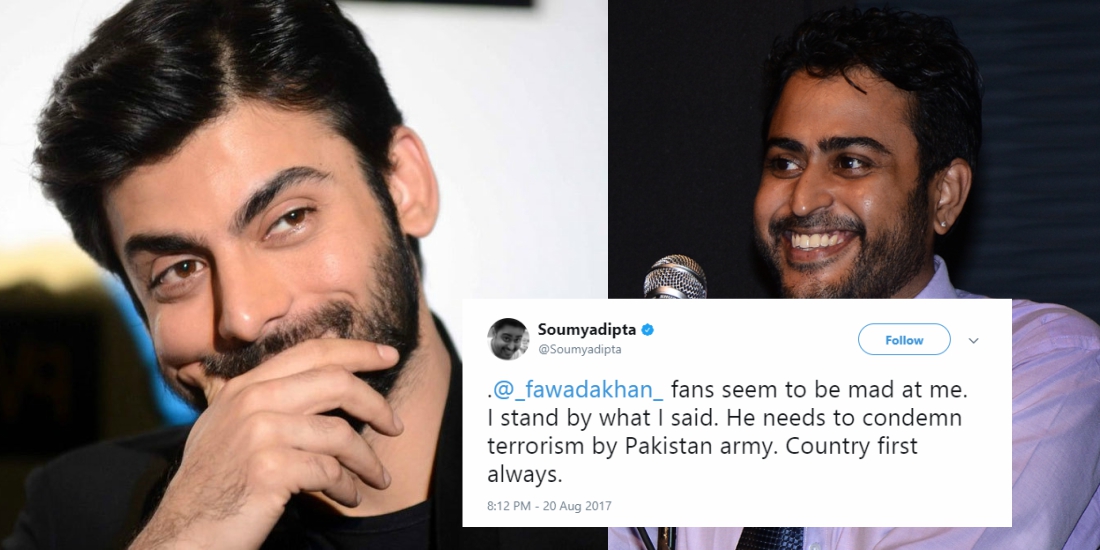 Fawad Khan’s name is enough to start a quick and never-ending discussion over the secret of his attractiveness, mainly amongst women. His cult following for sure isn’t questionable because all the Fawadphiles out there go into autopilot mode while having a delightful smile on their faces along with their hearts filled with desire. However, he never let his appearance overshadow his phenomenal acting skills. Furthermore, the supremely talented Fawad Khan has for sure raised the bar for all the Khans out there and might have given them a feeling to gear themselves up.

After all these years of working in this industry, the Tele drama “Humsafar” became the first breakthrough of his career in which not only his chemistry but his portrayal of Ashar was also outstanding. And then came “Zindagi Gulzar hai” in which he nailed being a romantic husband, a possessive and an obedient lover. Eventually, it all made the world go all gaga over him. 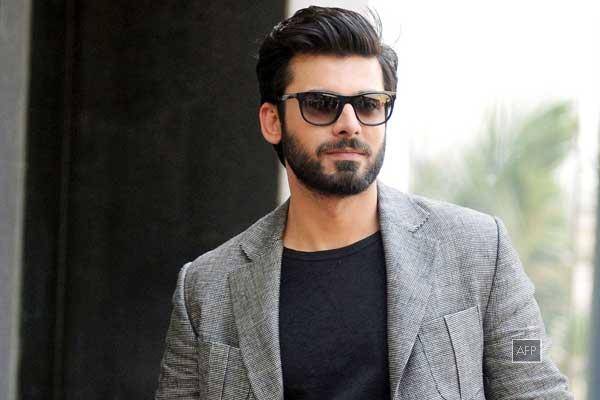 While Fawad was shining brightly in the sky, even India got the privilege of watching his dramas when Zee Network launched a special channel after which he got approached by the Bollywood industry.

Despite 2016’s ban on Pakistani artists, Fawad Khan still made it to the nominations for the Best Supporting Actor at the Film fare Awards 2017 for his role in Kapoor and Sons along with that, the well-known magazine Herald named him as one of the 10 people of the year. Regardless of the ugly relations between the neighboring countries, he was still immensely loved for his role as Dj Ali in Ae Dil Hai Mushkil.

But hold your horses! Some people got a bit jealous and it was none other than Soumyadipta Banerjee who is a leading Indian journalist. The hater in the past year wrote an open letter to Fawad Khan in which he called our heart throb a coward:

“Fawad, you lack courage. You lack conviction. Finish what you are doing Fawad and then do us a favor by going back to Pakistan. You see, what you have earned here is enough to last a lifetime.”

Are your jawans scared of our actors?

It's time for Bollywood to stand with the jawans of this country and ban Pakistani actors like Fawad Khan. Please respond to #UriAttack

Mr. Banerjee might have gotten bored of himself because this year he strikes once again with his same old garbage talk, he tweeted on Tuesday saying:

Peace first and then comes everything!

.@_fawadakhan_ fans seem to be mad at me. I stand by what I said. He needs to condemn terrorism by Pakistan army. Country first always.

The audience from both the nations have given him the shut up call that was much needed if you have missed it then here is a glimpse of it:

He has a point!

how does banning Fawad Khan solve anything? Will the terrorists go "Oh, they banned our actor..? Chal let's not attack jawans"?

.@_fawadakhan_ fans seem to be mad at me. I stand by what I said. He needs to condemn terrorism by Pakistan army. Country first always.

Still there are you? Desperate for fame and attention. pic.twitter.com/KkYb4wR6gr

Its alright! Keep taking his name & earn money! Thank god he exists! Otherwise what would have happen to jobless & Fucked up guys like you?

He doesn't seem to care what you think.It's time you get over him and stop using him to get attention.

plz do something else you don't deserve our attention !! And first see what you are doing for nation !!

Y don't u go and actually do something constructive for India than spew hate here n jerk off from fawads popularity?

It is about time that we realize that art is not a political agenda. So, stop using it for your cold wars and your own frustrations. The artists from both the countries should not be held accountable for what they have no control over.

Let us know in the comments below as to what would you have replied to that journalist or what’s your take on this? Don’t forget to share and like it.