Fawad Khan And Imran Abbas Have Been Nominated As The World's 'Most' Good-Looking Men And WOAHH! 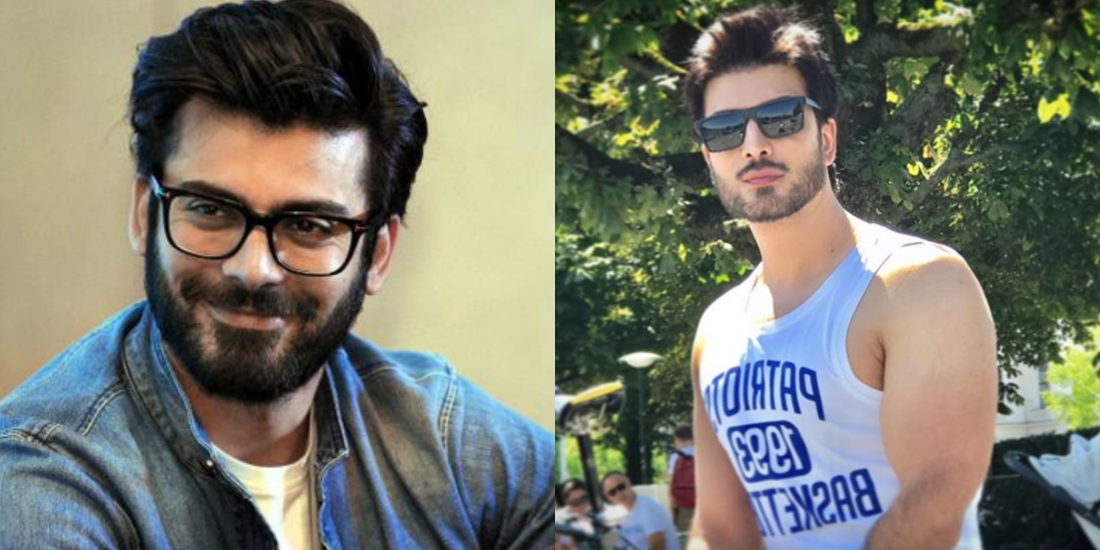 The most favorite male stars who are loved not only in Pakistan but in India too! Fawad and Mahira’s drama serial “Humsafar” was a big hit for Pakistani TV, after it went viral on Indian TVs and people from both the countries became their biggest fan. Not just that, the most surprising thing was when both Mahira and Fawad started getting movie offers from across the border!

Well, they both hit the nail when it was hot and both of them signed the movies! Fawad’s “Khoobsurat” served a good audience and so were the songs of it!

Mahira’s Raees alongside Shahrukh Khan was a big controversy but since it had two of the most favorite actors, people ran to cinemas!

The free entry of Pakistani actors in Bollywood was actually possible because of these two. After which Fawad signed another big Bollywood movie “Ae dil hai mushkil” well, he was not the only Pakistani actor in it but Imran Abbas as well. The two most good-looking male actors Pakistan has ever produced.

But guess what? Imran Abbas and Fawad Khan are now officially nominated in the list of Top-100 most good-looking men of 2018!

This nomination shouldn’t be of much surprise since we know it already! Nomination toh ek bahana hai 😉

And boy oh boy just look at him!

Can you… wait! Can you take your eyes off of him!

#forbeslife have you grabbed your copies?

When you have him in the front, who would see the scenery behind?! *hugs the screen*

Geared up for the opening match today! #ISLU #PSL #islamabadunited

Can we just mock faint!?  Just look at him

Hayee! Too much beauty for the day. Fawad is a happily married man, who is not just good looking and HAWT but by nature, he’s a complete family guy. Whereas Imran started modeling when he was still studying NCA Lahore. The boy is talented and there is no doubt in it! Fawad and Imran are big stars now, let’s where this nomination is leading them to. Cheers. 😉