Earlier today, the Federal Minister for Science and Technology Fawad Chaudhry opposed the ban on popular online video game PUBG. He shared his two cents on PTA’s decision on his Twitter.

On July 1, the Pakistan Telecommunication Authority (PTA) temporarily suspended PlayerUnknown’s Battlegrounds (PUBG) game due to its negative impact on children. The government took this action due to the game’s addictive nature. Not only that but also the adverse effects it has on physical and psychological health. 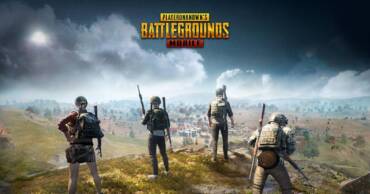 Moreover, the spate of suicides led to the government taking the step to ban PUBG. Around three suicides were linked to the PUBG in Pakistan. Additionally, several complaints were received about the game being “addictive, a waste of time” and its potential negative impact on children’s physical and psychological health.

The devastating impact of the game on youngsters, including them, going to the extreme of killing themself made the PTA ban the online game. The game was also briefly banned in a few countries including India, China, Nepal, and Iraq.

Fawad Chaudhry reacts to the decision to ban PUBG

The avid gamers are voicing their concerns saying that banning the game is an extreme step. A similar concern came to Fawad Chaudhry’s attention.

Earlier today, a young girl took it to her Twitter to voice her concern regarding the PUBG ban.

#PUBGkajawabdou Why the hell PTA banned pubg, what explanation do they have? Are they our forefathers? Oh c'mon PTA we are not the 90s kids to bear all this shit.We are the youth🔥We know how to fight for our rights, Dont mess around @ImranKhanPTI @SyedAminulHaque @fawadchaudhry

As the tweet came to the attention of Fawad, he replied to it.

Well I against all kinds of general bans, such attitude is killing tech industry we cannot afford such bans, I hope concerned minister @SyedAminulHaque ll take note of this ban and PTA ll be instructed not to encourage such bans as it hinders tech growth in the long run https://t.co/GiEcFpbzDN

According to his tweet, Fawad is against any kind of ban on general products as such an attitude is tantamount to killing the technology industry. He added that Pakistan cannot afford such sanctions. 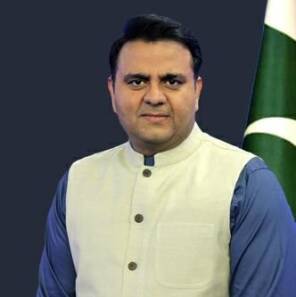 In addition to this, he tagged the concerned Minister of Information Technology and Telecommunication Syed Aminul Haq in his tweet. He said Haq would take notice of the ban and would instruct the PTA not to encourage such restrictions. According to him, it would cause harm to the development of national technology on a long-term basis.

Last month, A 20-year-old boy from Lahore’s Saddar Bazaar area ended his life by hanging from a fan after his father forbade him to play online multiplayer game PUBG. This is not the only case that came forward. In fact, two more similar incidents were reported of suicide. Moreover, the third suicide case led to the ban on the PUBG game.