The only source of joy during this pandemic in Pakistan seems to be one Turkish show. Yes, you already know we’re talking about Ertugrul Ghazi. Dubbed in Urdu under the directions of PM Imran Khan, Ertugurl has become an instant hit in the country.

With PTV garnering attention and the country spending their air-time on the show, many people have been irked by this Turkish influence. If you do not know, Ertugrul Ghazi is a Turkish show that features Esra Bilgic and Engin Altan Duzyatan from the pre-Ottoman times. The show is about Islamic history and the struggle against Mongols and Christians. 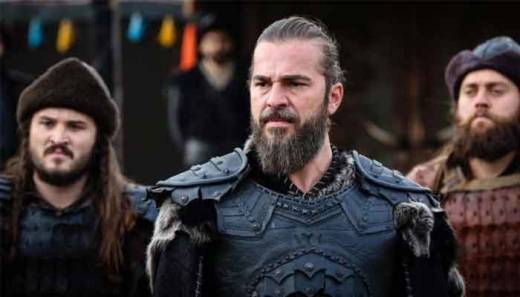 Stars from the Pakistani entertainment industry had already been giving their opinions. Now, politicians are on the same track as well. Minister for Science and Technology Fawad Chaudhry who somewhat loves being in the center of a controversy, found himself in hot waters again.

Fawad Chaudhry made a tweet in support of Pakistani entertainers, denouncing Turkish imported dramas. This is what he had to say/

Even though Fawad Chaudhry’s opinion as an ex-Information minister mattered, people did not take to it kindly. The public, which loves Ertugrul so dearly, made their opinion heard as well.

This user talks about ‘fahaashi’ in Pakistani shows

You keep to your Ministry please. British Parliamentary SYSTEM is very clear. Each Minister stays within his own domain & addresses matters relating to his own Ministry.

Never heard similar pain from your side when vulgar foreign content was being shown on local platforms.

But now everyone has a problem because we are getting to know about Islamic values and teachings. No thank you, your comments aren't welcome Mr Chaudhry.

Even though the plight of Chaudhry’s context is correct, along with the opinion of Pakistani actors, but you cannot force Pakistan to not fall in love with Ertugrul. Additionally, the content of the show is so strong, it cannot be debated against.

In the past, Shaan Shahid, Reema, and Yasir Hussain amongst others gave their opinions on the show and how it needed to be banned.