Ghani Tiger might be a Tik-Tok star, a person who loves to act, but some emotions are so raw, they shouldn’t be messed with. That’s exactly what happened in Sialkot, when Ghani Tiger, the boy who lost his father in a shooting, went to his grave.

Yes, he might be a Tik-Toker but that does not mean he doesn’t feel pain on his father’s death? While others slandered Ghani for ‘acting’ on his father’s grave, many supported it as well.

But the replies underneath are heartbreaking

Others started claiming that Ghani Tiger’s father did not die unjust, he was a culprit as well.

However, others came to Ghani Tiger’s defense…

people in replies saying ' ye tou acting kar raha hai' literally need mental treatment, It took 2 year to get me out of the trauma, this was literally me when I lost my dad and still now sometimes whenever I feel hopeless and helpless I hug my dad grave very strongly.. https://t.co/6imcx9yXQd

All in all, the emotionless society we live in can be seen evidently. On one hand, a young boy lost his father in front of his eyes, on the other, people think his pain is not real. Social media users have shown solidarity with Ghani Tiger over his father’s death, and rightly so.

What really happened in Sialkot?

An incident occurred in Sialkot’s Pasroor area, where a man named Dawood Butt was shot dead in an armed brawl. Ghani Tiger, once his video went viral, appeared on celebrity Waqar Zaka’s show. By that time, a couple of people had been arrested.

Ghani Tiger said that initially, there was a fight between two young boys from their colony in Pasroor Sialkot. However, one of the two parties called upon their friends in the Anjuman Tehreek-i-Islam (ATI). After a while, during the time of Taraweeh, some boys of the ATI showed up in their area and started screaming and abusing people. 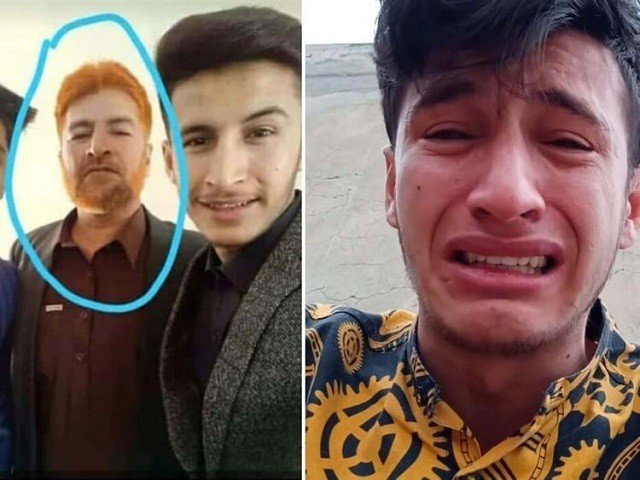 Consequently, Ghani Tiger’s elder uncle (Tayya), being responsible, went out and confronted the boys for their actions. At this, there was a small skirmish between the two parties but later, the boys left the area.

However, they returned again in larger numbers after a while. Almost 30 boys, all armed with guns and rods, waited for his uncle in their society. When his family found out, they went out to see what was going on.

But as per Ghani, as soon as they walked out, they were met with gunshots. One of which hit his younger brother in the leg and one stray bullet hit his father in the eye. Sadly, Ghani Tiger’s father Dawood Butt could not take the toll of the fatal wound and succumb on his way to the hospital. Ghani said that the issue could have easily been sorted, but the ATI goons were after blood. He said there were 10-15 guns firing at the same time, which is why he ran from the scene.

No pain is stronger than losing your parents and Ghani Tiger has seen it first hand. Let us know your opinions in the comments.