FATA's Inclusion In KPK Is The Best News In Recent Times

For years and years, FATA has been a long-lost, isolated and dejected territory. On top of all, it has been a hallmark of terrorism where TTP militants bred and grew stronger.

It was until Pakistani Army waged an operation against these militants to wipe them off the boundaries of FATA and the rest of Northern areas. FATA’s scenic beauty is the talk of the town and only Pakistanis who have been there understood it more than anyone. 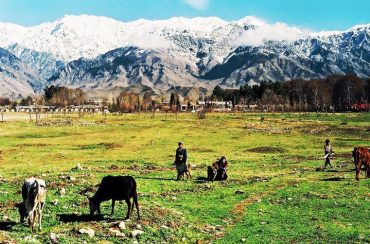 The bygone rise in terrorism in FATA specifically has hampered tourism. FATA, a territory that should rather be known for its breathtaking valleys, picturesque landscapes, depicting what Paradise might look like, was tainted with terrorism.

As soon as the recent operation against militants in FATA and the surrounding areas took place, the region was cleared off terrorism once again. However, the glory days still did not come for people. The area being a part of Pakistan and next to KPK was still not included in the province and has always been treated as a place of bleak emptiness.

But now, everything seems to change. On Thursday, Cabinet approved FATA’s merger with KPK province. 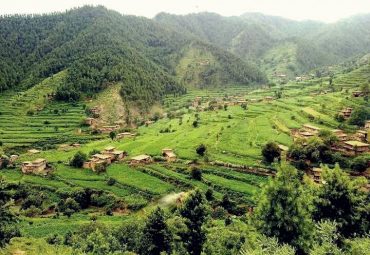 The merger would see a Rs. 110billion package for up to 10-years for FATA. The step is fundamentally based on bringing progression in the province that has been inhospitable by tribal and rural standards of life. It will see a rapid growth in all sectors that FATA remains a league behind. Not only people would have better reforms and resources, but the territory could also be revived in terms of tourism.

This news has struck people of Pakistan with a warm nerve. People are happy and whole heartily welcome the step.

FATA finally to be merged with KPK, this is the best news ever. Congratulations to people of FATA, mainstreaming them was so important.

This is how excited the 2 lawmakers from #Fata are after cabinet approved #Fata reforms. May the dream of millions of tribesmen come true pic.twitter.com/wEou6atXkF

Congratulations to the ppl of #FATA for getting genuine citizenship of the land of pure after a long & torturous journey.

…and, #IamFromFATA has become a powerful trend as people voiced their claims and expressed what it means to them

#IamFromFATA
The zigzag way going towards heaven. Foggy weather.
My land my identity my Photography. pic.twitter.com/QLVwXXHgg4

#IamAPakhtun and #IamFromFata. The people of FATA cannot be kept isolated under the FCR forever. They deserve equal rights.

This is my village and it’s more beautiful than your paradise. Let us live in peace and dignity. Stop using us as human fodder #IamFromFata pic.twitter.com/r5hA3d5VNb

The post-merger plans would map out in all sectors for FATA and we shall definitely see this region rise in growth.

How do you take the decision to merge the territory with KPK?

Umar Akmal Is Under The Spotlight Once Again But, This Time Against Authorities
Pollard Fired, Akmal Fired Better & Won Hearts In Such A Memorable Semi-Final Between Karachi & Peshawar
To Top