Pakistani universities are at it again. Not only have they increased the pressure from introducing different illogical policies no, they are pressuring one to take online classes, and are also expecting a lump sum amount in return too.

For instance, some institutes were taking online exams and if there was any student found complaining he or she was good enough to be expelled. Cruel much? Maybe not, because just now a university has increased their tuition fee because teaching online is oh-so difficult. If this isn’t brutality, we don’t know what is. 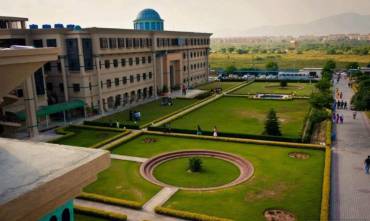 FAST University is one of the best universities of Pakistan. From faculty professors to management, they have it all. Sadly, though, they don’t have humanity. Instead, of wavering the fees which was one thing much expected by the students, the university has increased it. This is causing students to be outrageous and their anger is justified. This Pakistani university has increased the tuition fees without any explanation of why it did so.

The minute the news spread, Twitter has been merciless. Students are demanding some strict action to be taken, provided, they have to give exams, work, and even pay more for something, which should be less rather than more expensive. The growing pandemic has already left the world in a state of chaos and havoc.

Students have taken to social media to express their anger and frustration over the matter.

FAST Administration is cruel as hell like any other selfish & money making mafia of Pakistan,just when everyone was expecting them to give students relaxation,they increased 2000 per credit fee & semester fee reached till 171000 😑 Can someone put these scoundrels accountable?

They are cruel & heartless,they love to make money not to meet needs but to increase personal stocks.

Students are terming the university management a mafia. The sight of Twitter at the moment is both saddening and amusing if anything. It is indeed true that anger can make one say really poor things, the way one expresses their emotions can be both amusing and yet saddening, to say the least.

They are cruel & heartless,they love to make money not to meet needs but to increase personal stocks.

Yes,they are heartless & this is how one of top official replies 😑 pic.twitter.com/26PGhQB0ZQ

Oddly, enough what seemed more annoying was the response received by the ministry of the university in the end. It didn’t even show an essence of faux remorse or regret for doing so, rather, it was straight forward statement, stating that since the expenditure for the institute is an increase, hence we need funds to run it, so we need to increase the fees.

What we can hope for?

Not only is the statement appalling rather, but it also shows no form of humanity towards the students, it seems that institutions truly are more focused on becoming money-grabbing machines than educational and vocational systems to teach and prepare humans. What we can hope for is, that the Higher Education Commission realizes this issue and takes strict action against it.

Many people within Pakistan are deprived of education because of expenses it is saddening to see the ones who can are being pushed not to by such illogical and unnecessary issues.

‘Sushant Was Murdered’: Indian Actor’s Family Rejects Suicide Claim, Demands Probe
From Chiniot To Harvard – This Is The Success Story Of A Talented Pakistani Boy
To Top