Finally, The 'Mastermind' Behind PPP’s Corruption, Adi Faryal Talpur Has Been Arrested By NAB And It's Game Over!

Faryal Talpur, another big fish arrested and detained. If you do not know already, she is the sister of Asif Ali Zardari and leader of Pakistan Peoples Party (PPP). Hours after the National Accountability Bureau’s issued an arrest warrant against Faryal Talpur on Friday, she was taken into custody and currently, her house in Islamabad F-8 has been declared as sub-jail for her. 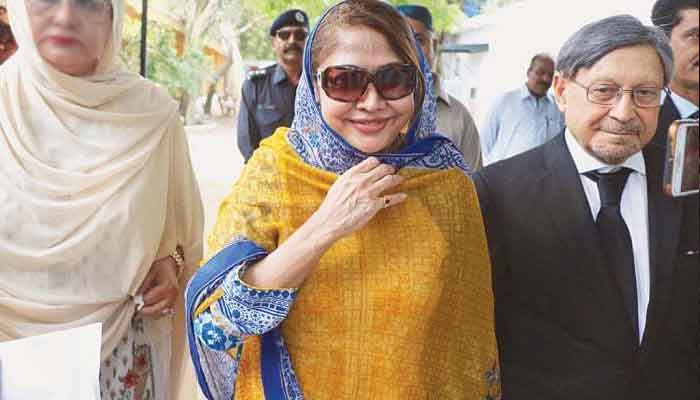 PPP’s leader Talpur has been jailed on grounds of fake account case. On Monday, Islamabad High Court rejected pre-arrest bail pleas of Zardari and Talpur; soon after which Zardari too was arrested and his house in Islamabad was declared as sub-jail as well.

Oh and check out the live newsfeed!!!

Have more to add? Let us know in the comments below!

PM Imran Khan’s Entrance At The SCO Summit Is Going Viral And Many Pakistanis Are Feeling Embarrassed!
A UK-Based YouTube Couple Has Been Exposed For Fooling People In The Name Of Islam And Tauba Hai!
To Top