Faryal Makhdoom Just Gave Us a Hint That Something’s Still Cooking Between Amir and Her!

Boxer Amir Khan and Faryal Makhdoom are one couple that absolutely knows how to stay relevant. Their controversy has been surfacing all over the entertainment spectrum for months now. From Snapchat stories, family disputes to Anthony Joshua and divorce, it doesn’t end anywhere.

Lately, Faryal Makhdoom gave a tad hint of pregnancy to her fans and followers. Shortly after, she was dazzling in a bridal shoot and people went crazy about it. Amir-Faryal drama continues once again because the celebrity has once again sent people all over social media in a new debate.

This morning, Faryal shared an Instagram picture featuring her husband, Amir Khan and their daughter, Lamaisah

It has stirred an inevitable debate: ARE THEY BACK TOGETHER?

We think not. This picture is pretty old and in today’s culture, especially Western, it’s normal for divorced people to raise their children together. Perhaps she only hinted at joint-parenting.

Nobody can answer that for sure

Her fans couldn’t be happier! 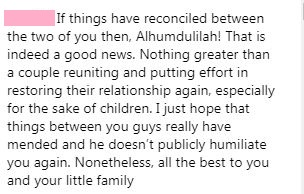 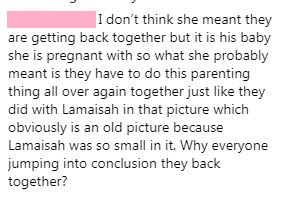 We are all confused

It appears that Faryal Makhdoom has a large fan following and people actually support her on many points, whether it be her career as a model or marriage with Amir Khan. However, this one image has been the highlight since morning and people seem not to get over it yet.

What do you think? What are Amir and Faryal up to now?