Amir Khan & Wife Faryal Defend Themselves After They Were Targeted For Their Daughter's 'Lavish' Birthday!

The famous British couple faced massive criticism on spending a large amount on their daughter’s birthday. Boxer Amir Khan and his wife Faryal Makhdoom’s younger daughter Alayna turned 1 a month ago. To celebrate their younger daughter’s big day, the couple threw a fancy party at Macron Stadium, Bolton which costed a total of 75,000 pounds. The theme selected for the birthday bash was “rain-forest” theme to make the place look like a tropical forest.

Meet the star of the mega event, Alayna! 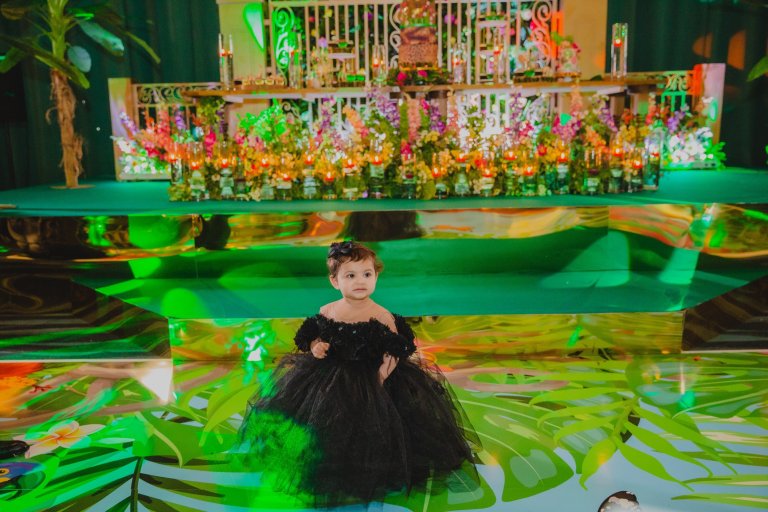 Recently, Faryal Makhdoom was invited on “Loose Women” to talk about the criticism she and her husband faced after the mega spending. Loose Women is a UK talk show comprised of women from the entertainment and journalism industry. However, Faryal was asked several questions about the extravaganza birthday party to which she proudly defended the 75,000 pounds spending.

Here’s what Faryal Makhdoom had to say about the party!

Talking to the women’s panel, Faryal Makhdoom told that the fortune they had spent on Alayna’s birthday was fair because they did the same for their elder daughter, Lamaisah on her first birthday. She said, “I think we work so hard and every penny we earn is for our children. I just wanted to do a big first birthday and for them to remember that their mum and dad threw them a wonderful day.” “I did get people saying: What about people that can’t afford to do it? or that the children won’t remember it, but I think you do it up to your budget.” Faryal added.

One of the panelists, Saira Khan shared a statistic telling others that parents spend around 3% of their salary on their child’s birthday to which Faryal quickly agreed and said “Whether I was married to Amir or not if I could afford it I would. Times have changed. I believe I work really hard and so does my husband and it probably is about three percent of what we do earn. Everyone’s different, everyone has a budget.”

Well, every parent wants the best for their child in every situation and if one can afford to throw a lavish birthday party for their child to make it memorable, what’s wrong in it? Maybe there are many other families out there who spend a huge amount on birthday parties and other events but don’t make it to the news because of not being famous. So, is the being famous factor triggering everyone?

Let us know in the comments section is just below!

‘No King Can Rescue Nawaz And Zardari’ Says Imran Khan As He Vows To Make Them Pay!
It’s About Time Men Realize How Harassing Women Can Deeply Affect Her Life!
To Top