Faryal Makhdoom Announced that she is Pregnant and the Internet Went Wild!

The entire social space saw what happened between boxer Amir Khan and his wife Faryal Makhdoom a few weeks ago. Khan took the matters between him and his wife on the internet while accusing Faryal that she cheated on him.

Here’s How it Started

And then He Posted some Screenshot As well

Faryal moved on quick. Always mentioned to me how much she wanted to be with another guy, from all people another boxer ? @anthonyfjoshua pic.twitter.com/1GBAQnvzMC

He Stated that Faryal Cheated on Him with Boxer Anthony Joshua

Faryal, on the other hand, stated that she is innocent and none of this was true!

Sometimes you can live with someone for years… but you still really don't know them.

She deleted all of her tweets and decided not to comment on the situation.

Amir Shares Images with His Daughter Though

Miss my princess so much pic.twitter.com/EbW7xKRHoF

Anyway, Faryal Makhdoom Just Announced that She is Pregnant with her Second Baby

She Even Shared a Snapchat Image with Her Followers 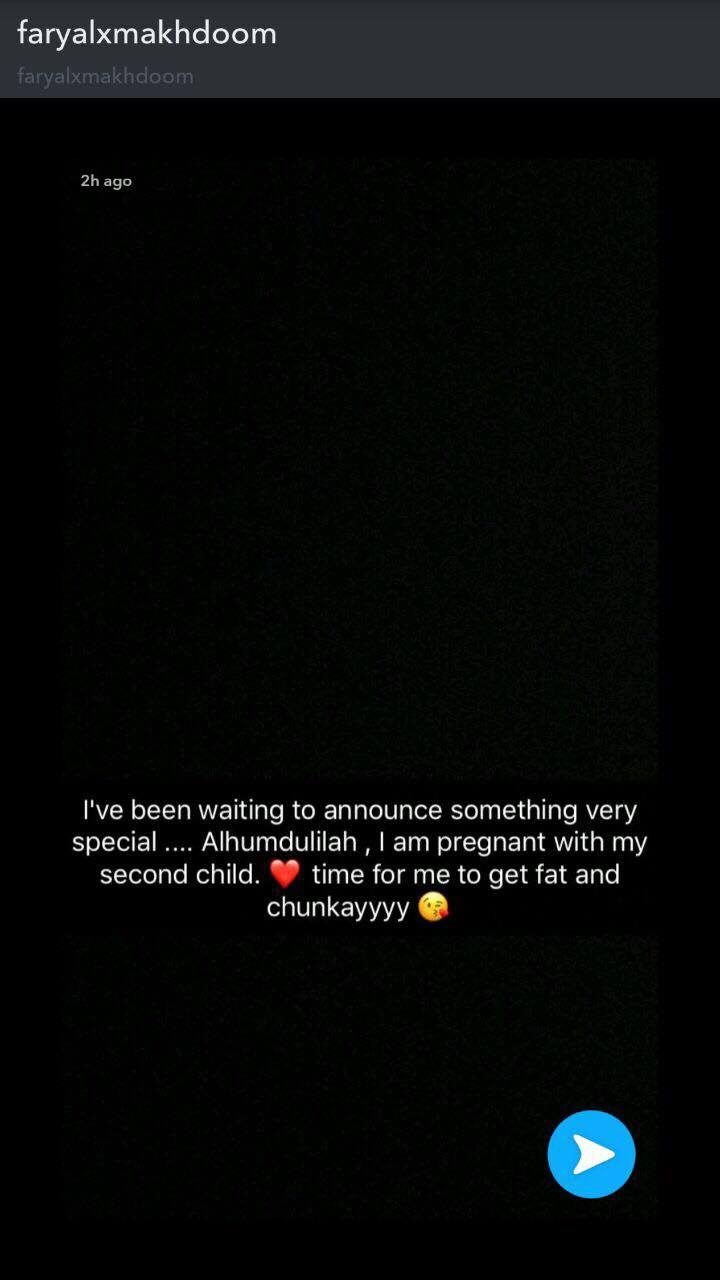 While People Should be Congratulating her, Many Were Seen Passing Bickering Comments in the Light of the Recent Fiasco

Faryal Makhdoom is pregnant?! #PlotTwist
If the kid comes out dark skinned & with an afro, I swear this'll be the best star plus drama ever

There Were Some Understanding People As Well

The real winner is Faryal Makhdoom for announcing she's pregnant while Amir Khan tries to party in Vegas ? #MayweathervMcgregor

Faryal Makhdoom announced that she's expecting a baby and people are replying with "who's the dad lol? ?". Have some shame, you bastards.

Regardless of what one says, it is true that people shouldn’t bring their matters on social media, especially when you are public figures. The internet doesn’t forget and neither does it forgive.

It was shocking when Amir Khan brought it family matter in public this way and it was surprising when Faryal did the same when she brought her in-laws and their private matters.

Regardless of this, wishing Faryal Makhdoom all the best for this upcoming joyous ride!

Divorce? Hum Izzat Walay Log Hain
7 Reasons Why Virgos Are The Most Awesome People Ever!
To Top