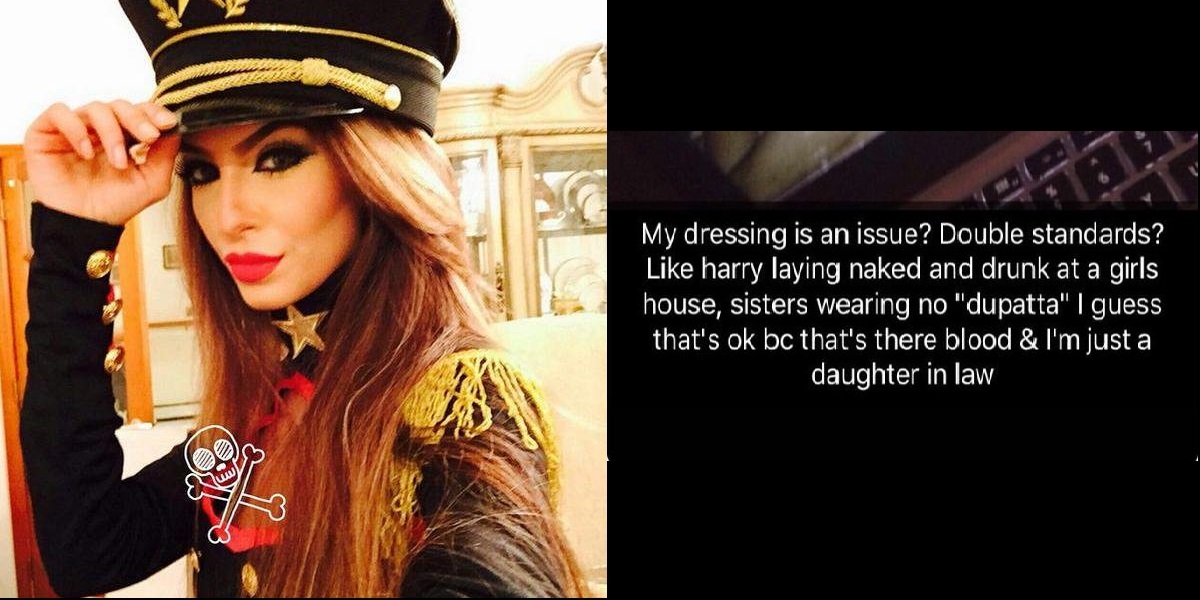 Disclaimer: This article features images that might not be suitable for all ages

In the age of social media, we have witnessed how people drag their personal on Facebook, Snapchat and Twitter to just make sure that their voices are being heard. The same happened between boxer Aamir Khan’s wife Faryal Makhdoom and her in-laws.

Few days ago, Faryal Makhdoom described the treatment her in-laws put her through on her official Snapchat account. She was continuously targeting her sister in-law and her parents in-law who, in her defense, did unjust with her and did not treat her right.

Faryal’s brother in law Haroon Khan is also among the family members who did not treat Faryal in an appropriate manner. Here’s one tweet shared by Faryal that proves her point as well: 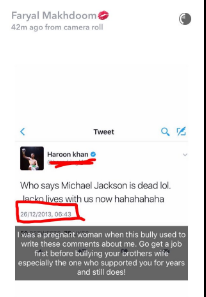 I acc feel sorry for faryal makhdoom. If my brother ever tweeted about my wife like this I’d tear him a new one pic.twitter.com/fJqODXTiKD

Just few days ago, Faryal Makhdoom’s in-laws gave an interview to Geo news, telling that the main reason why they had differences with their daughter in-law is because she used to dress in an “inappropriate” manner. Here’s the interview:

‘I Told Her to Take Dupatta But She Never Listened’

“I asked her not to wear such dresses and to take the dupatta (scarf), but she never listened. After that, we asked Amir but he told us to convey this to Faryal’s mother because she does not listen to him either,” said Aamir Khan’s mother, Falak.

With the family drama flaring up day by day, Faryal took another bold step to address the claims made by her husband’s parents. Today, she released her brother in-law, Haroon Khan’s nude image. Here’s what she posted on her snapchat: “My dressing is an issue? Double standards? Like Harry laying naked and drunk at a girl’s house, sisters wearing no “dupatta” I guess that’s ok because there is blood and I am just a daughter in law.”

While Faryal Makhdoom removed the picture soon, people didn’t stop themselves from taking screenshots and shared them on social media.

Amir Khan maybe the boxer in the family but Faryal Makhdoom is currently the one throwing some filthy knockout punches.

Faryal Has Her Boxing Gloves And Screenshots In Order

‘Everything is fair in in-laws war.’: Faryal Makhdoom pic.twitter.com/lGYxgtKmDP

How She Claims Her In-Laws Treated Her Is Highly Unacceptable. However, This Makes Sense As Well

People had sympathy for Faryal Makhdoom before. But, tables r turned now. Sharing nude pic of brother in law is a shameful act.

There’s Another Way To Put Things In Perspective

my Nani used to say “naik aurat or naik biwi ki dua manga karo”
i never understood her words
Now after this faryal makhdoom drama i got her.

We’re giving too much unnecessary attention to Faryal Makhdoom. Still think this is part of a major publicity stunt.

What Did She Do There?

First of all I hate my in laws and secondly oooh look at that toilet seat @ShobnomFardous pic.twitter.com/kbkT4VV2jk

The way Faryal Makhdoom casually goes from exposing her in laws to getting excited over her new toilet seat is so funny ????????

The amount of shit some women can do in the name of fighting domestic violence. #FaryalMakhdoom

Top 10 Movies Of Leonardo DiCaprio And His Struggle Behind Oscar
Here Are 5 Facts About Pakistani Actor Ali Safina That Will Surprise You!
To Top