Popular Pakistani actor and comedian Farrukh Shah passed away in Lahore on Wednesday due to cardiac arrest. He rose to fame by impersonating Prime Minister Imran Khan on numerous TV shows.

People loved him when he used to act as Prime Minister Imran Khan on TV. He was also an active actor in theater.
According to media reports, the actor’s son has confirmed his untimely death.

Shah’s son told the media that the actor suffered a cardiac arrest early today. He died while he was being taken to a nearby hospital.

The actor’s funeral prayers will be offered today, after Maghrib prayers. 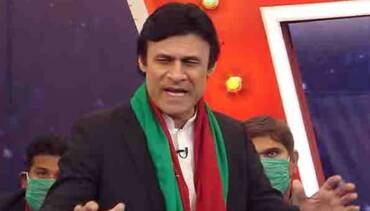 The actor was reportedly distressed by the closure of theaters across the country due to COVID-19 lockdowns. Shah was facing some financial problems.

In fact, he also participated in the artists’ protest just two days ago. The protest was organized by actors and artists in Lahore who were affected due to the lockdown amid the virus.

Shah also recorded an Eid special show for a private TV channel before his death. The actor started his career from radio and theater. He also worked in several dramas for the state-run channel PTV.

However, people started recognizing him after he started impersonating Prime Minister Imran Khan in 2011 for TV shows.

Also Read: Pakistan’s Greatest Mimicry Artist Is Back With A Conversation That Is Going Viral In India And Pakistan