People cannot stop talking about the versatility in terms of acting that Farhan Saeed has put forth in such a remarkable display on TV. Just like a number of prodigious characters catch viewer’s hearts, this year Farhan Saeed is the man out there. 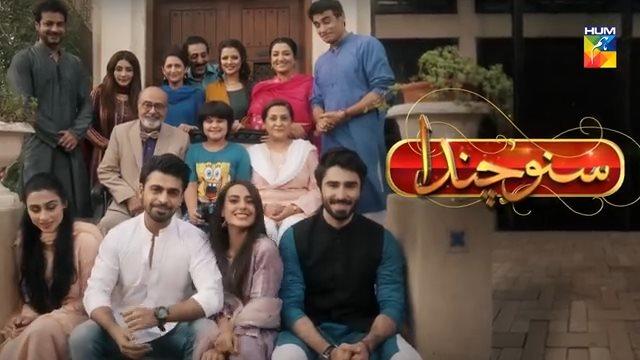 Well, the news is that the popular drama serial Suno Chanda just ended. It was the major piece of entertainment this Ramadan for our audience and it has been the talk of the town since days now. Must be a difficult task for the production team to make sure that this production reaches the popularity it has potential for. But it did actually. In fact, the sentiments of people clearly show how much they are going to miss this show.

Meanwhile, the actor himself addressed the ending of the show in its aftermath. With a heartfelt Instagram post, he’s made so many people feel it.

If you are a huge fan of the show, you might need a box of tissue right now…

#SunoChanda is coming to an end, I want to take a moment and thank all of you for showering so much love to my character #Arsal, I knew people would like it when I started but I didn't know it'll be loved this much! All you see on screen is not all it is, there is a lot that goes behind it like A LOT! For all of you to see it on time our entire team worked day and night, we used to shoot it a day before you see it because an episode everyday is not an easy job and that too 30 of them! ( would be 30weeks if it was weekly) . Nothing is possible without a brilliant team and the most important part of that team is the captain, the director! I want to thank @aehsuntalish on behalf of #sunochanda family ( which includes everyone around the globe who loved SunoChanda) to provide them with such good, family entertainment, which was SO much needed! I want to thank @iiqraaziz for being a great actress she is, a brilliant Co actor and great energy to be around, you were awesome! The entire cast was brilliant, and everyone behind the camera, all of them! Thank you! Thank you all for loving #SunoChanda , #arsal and #jiya!

Well, we are sorry if that was too much to handle. We understand how does it feel when your favorite show ends, especially when it has a gripping ending that you cannot stop thinking about, neither can stop talking about.

Let us have a huge round of applause for the whole production team and the actors who simply impressed us throughout the time it was aired. Pakistanis are going to surely miss it and it would be definitely difficult for some people to get over it.

Share your comments about the ending of Suno Chanda.

Open Letter For Everyone Who Thinks ‘Depressions Is Just A Phase’
Jeremy Asks about a Suicide Prevention Hotline in Pakistan and This Guy’s Replies Are Infuriating!
To Top