Farhan Saeed Has A Message For His Facebook Accounts' Hacker!

Even after when the modern world is obsessed with technological ease of communication, the security measures can’t be trusted. Apparently, being a well-known media personality brings several issues to life.

Obviously, this isn’t the first time some celebrity is being locked out of his/her social accounts. Last month, in September, national cricketer Fakhar Zaman’s Instagram was also hacked and his pictures were replaced with seductive visuals.

Certainly, since his entry into the acting field, the artist has achieved real big. Among his admirers, there may be some hateful minds which recently, hacked Farhan Saeed’s personal Facebook account and his page.

While sharing the unexpected news with his followers, Farhan Saeed took to his official Instagram to announce it. Starting with an ‘important’ note, he wrote, “Guys my personal Facebook and my Facebook page both have been hacked since yesterday, please report.” 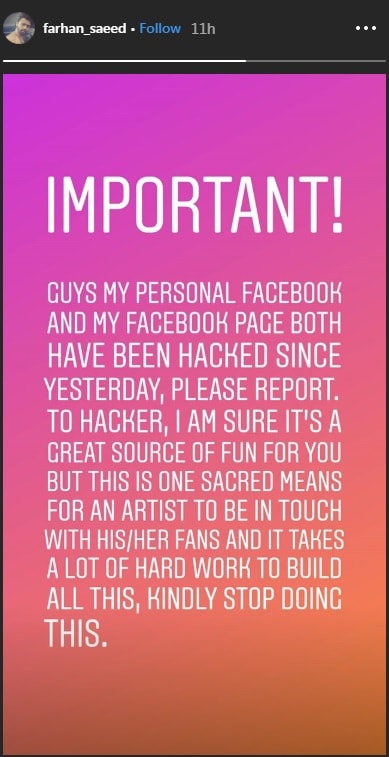 Further, his message to the hacker said, “To the hacker, I’m sure its a great source of fun for you but this is one sacred means for an artist to be in touch with his/her fans and it takes a lot of hard work to build all this. Kindly, stop doing this.”

Till now, the evil minds behind such degrading activity haven’t been known. Assumptions say that the account has been hacked by some close connection of Farhan Saeed. While many are assuming that this has been done out of jealousy but, the truth is yet to be revealed.

Apparently, Farhan Saeed’s source of interacting with his fans and followers was snatched and his admirers are heartbroken. Currently, the artist’s character ‘Arsal’ in “Suno Chanda“ is gathering praises all across Pakistan. Alongside, Farhan Saeed is working on several other projects while his “Suno Chanda” is running successfully on television.

However, Farhan Saeed’s massive following and personal Facebook account are in danger as the control is in the hands of hackers. Earlier this year, Bollywood actor Amitabh Bachchan’s Twitter account was under attack by Turkish hackers. 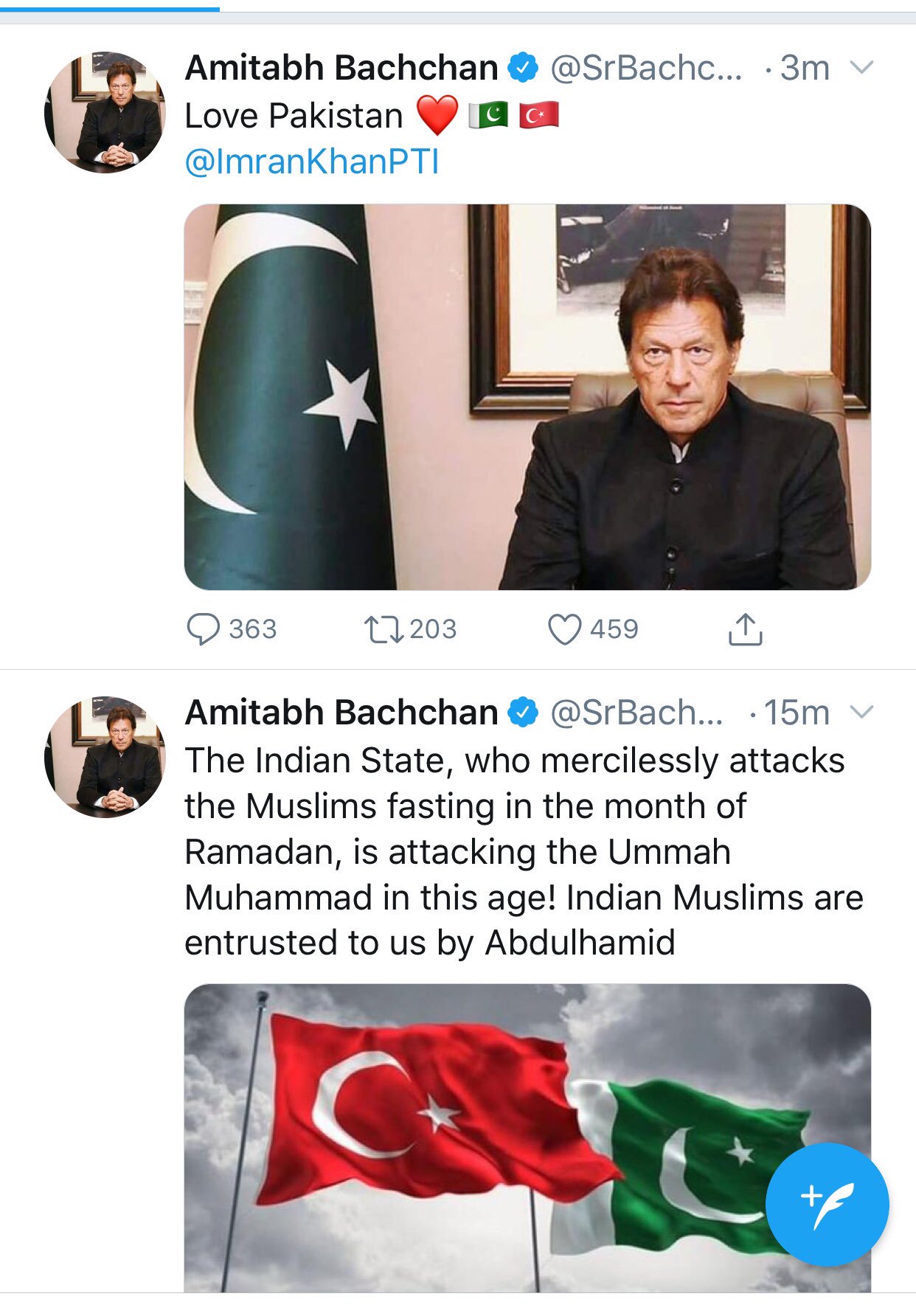 In response to Indian brutality in Kashmir, Turks hacked Amitabh Bachchan’s Twitter account in solidarity with Pakistan. The hackers had changed the actor’s profile picture to PM Imran Khan’s picture with a message in the Turkish language.

DG ISPR Knocks India Out Over Not Appearing To Support Its Claims!
“Meray Dost, Meray Yaar” A New Musical Drama That Will Take You On A Nostalgic Trip!
To Top