If you are a film fanatic, you will know that every industry has a couple of leading names. Whenever these names sign a film or a new piece of entertainment, people look forward to it. It becomes a hot topic and film fanatics, they just can’t get enough.

Quality over quantity and we know these names prefer the former. Same could be said in the case of Pakistan’s highest-paid actress, Mahira Khan, who may sign fewer films and dramas, but always appears in projects that strengthen her performance.

From Humsafar to Raees – Mahira Khan gives a complete performance in all her entertainment pieces.

This Time, She is Gearing All the Attention with her Upcoming Film Verna 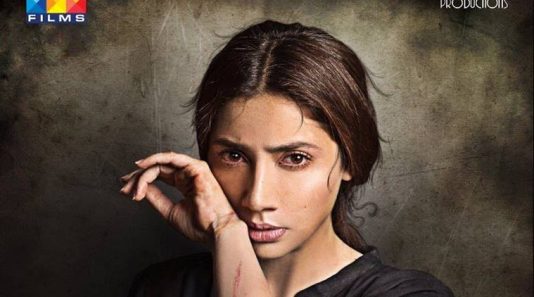 The trailer of the film was recently released as well. The film is scheduled to release on the 17th of November, 2017.

Pakistanis Were Going Crazy Over the Trailer, Seeing How Composed and Strong Mahira Looked

While Pakistanis couldn’t get enough of the trailer, Indian actor Farhan Akhtar also shared how intrigued he was and shared it with Mahira Khan as well.

Thank you. Hope you get to watch it! X https://t.co/pfKaNAsqjG

This just shows that actors put aside the political views and focus on their job, which is the works of entertainment. Seeing how Mahira Khan appeared with Shah Rukh Khan in mega-hit film Raees, she already holds an image in the Indian industry as well.

Wishing Mahira Khan and the team of Verna all the very best for this film!

Ramiz Raja Subtly Trolled Imad Wasim on his Dismissal by Singing ‘Afghan Jalebi’
Yaqeen Ka Safar – I Didn’t Want To Watch It, But When I Did… Ya Allah!
To Top