The concept of jinn is something very common in Pakistani society. From a young age, we become a victim of how girls shouldn’t put perfume at night or sing in the shower, or walk outside at night because a jinn might fall in love with us and never leave us. As weird it may sound, people prefer to go to Molvi’s and peers to rid themselves of these jinns for electrocuting boys and girls to take out their jinn.

Now don’t get us wrong, it isn’t so that we don’t believe in Jinns. We do as Muslims, we all know that they exist and are also one of the creations of Allah (SWT).

However, there are also other possibilities to explore, and sadly, like always, Pakistanis tend to opt for a single way out by putting all the blame on jinn and seeking peers. What is even sadder, is how a large number of people have turned this peer and jinn fiasco into a complete business through which they earn by electrocuting the boys and girls.

WARNING: Some viewers may find the following video disturbing. Viewer discretion is advised.

Certain scams and scandals are often brought into the light, where fake peers fool the public and run away with their money. Sad isn’t it? To make money out of one’s misery.

In line with that, a bizarre incident took place. A fake peer finally got arrested in Khyber-Pakhtunkhwa (K-P) for electrocuting boys and girls to make them get rid of their jinn. Yes! You read that absolutely correct. Apparently, this fake peer was treating his jinn possessed clients by electrocuting them into oblivion.

K-P police said, “Peshawar police arrested a fake peer while taking action in the area of Achini Bala, who was identified as Muhammad Ullah Buksh Qaddullah.”

Later on, they added this man used to torture all the children by electrocuting them and also educating them that this is the right way of ridding one of the jinn. K-P police also confirmed that this fake peer is under arrest and further investigation is being carried out.

Simultaneously, we wonder how many fake peer are actually still out there, torturing these boys and girls electrocuting them to take out their jinn. It is just fearful and traumatic to just think of how he was deceiving people. 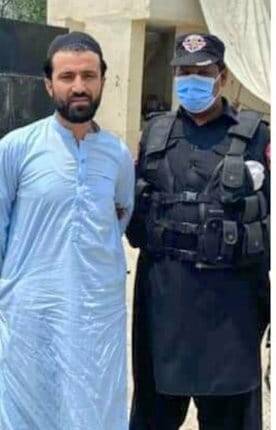 The fake peer culture is something that is becoming very common nowadays and people are foolish enough to handover their boys and girls to them in the name of jinn. It is both repulsive and embarrassing to see how it has shaped the mindset of our society. For instance, just a while back we saw how a fake peer impregnated about 700 women!

May Allah forgive us from where we are heading. One thing is for sure, we are deprived of humanity indefinitely. The need of educating people and making sure that we stay literate enough to understand the difference between mental illnesses and jinn possessions is important.

WATCH: A Vigilant Karachiite Foils A Theft Attempt In His Neighbourhood Like A Hero
Kashmiri-American Architect Creates Beautiful Masterplan For ‘Namal Knowledge City’
To Top