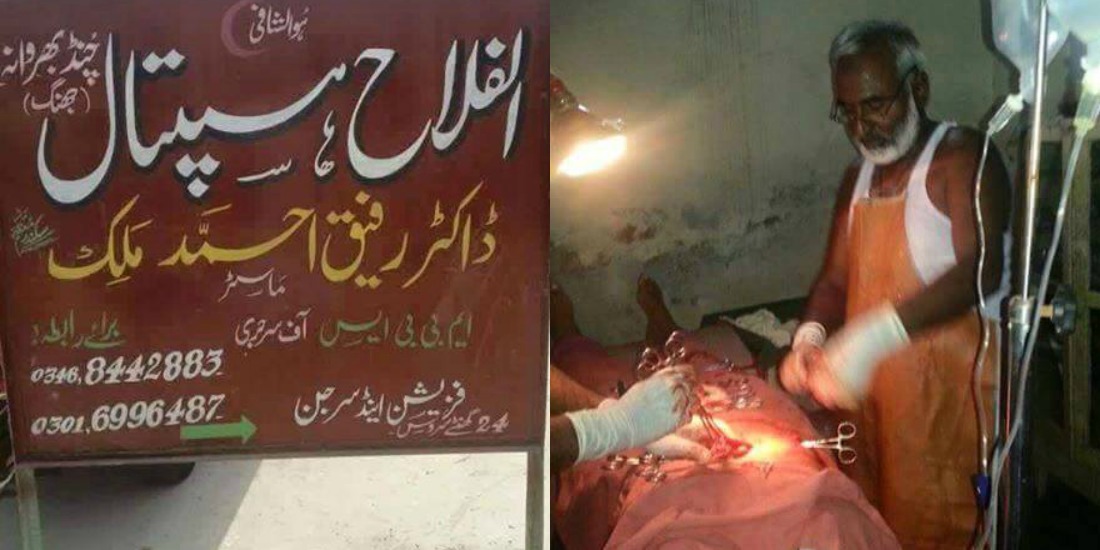 Pakistan, a country where young colts often dream of becoming ‘khidmatgars’, is one of the world’s top doctor producing nations. Well equipped and talented doctors of the country often opt for brain drain and settle in different parts of the world to earn a better living for themselves. However, there is also a cadre of doctors that is not as talented and decides to work silently within the country.

Fake doctors and surgeons in Pakistan operate in large numbers in broad daylight. These pseudo-doctors claim that they hold MBBS degrees from recognized medical colleges in Pakistan but that is just a cover-up for the inhumane business of butchering they run. In 2015, a similar case came to the country’s attention. A fake doctor named Rafiq Ahmed Malik was caught operating from the Jhang District in Punjab. Dubbing himself as the ‘master of surgery’ he was looting people and robbing them of their livelihood until pictures of him operating inside a dark and shabby room came to surface. 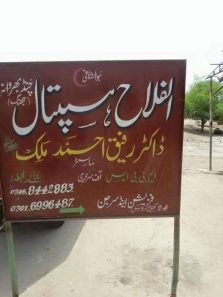 Acting as an all in all doctor, Rafiq called himself a physician, a doctor and a surgeon, without a recognized MBBS degree, catering to people who could not afford famous hospitals and well-known doctors in Jhang. The worst bit? He worked wearing a butcher’s apron instead of a doctor’s gown, on top of what we Pakistanis call a ‘binyaan’ (vest). 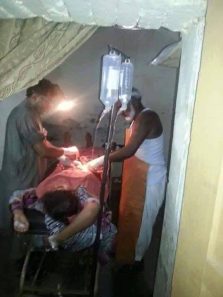 The doctor, however, was later caught and jailed for butchering poor patients. This is just one story that came to our attention. Thousands of other doctors work in a similar pattern with fake degrees and cater to illiterate masses who cannot differentiate and just want to get rid of their illnesses. Not only do these doctors butcher people, they also work under a mafia which is involved in trafficking human organs, kidneys in particular.

It is about time people realize that not every doctor is worth the money and time. The PMDC (Pakistan Medical and Dental Council) needs to create a proper method of check and balance where such doctors are brought to the court of law and are treated extremely harshly, much like they treat their patients.

Such doctors usually operate in the rural areas of Pakistan where there is no scrutiny and a lack of good doctors and hospitals. The government and concerned authorities also need to play their part and make sure medical privileges are present in every district of Pakistan so that this taboo can be written off once and for all.

Mufti Naeem, Among Others, Condemns Mashal Khan’s Murder And Labels Him A Martyr
6 Beneficial Fruits For Humans According To The Holy Quran And Sunnah
To Top