There's a Fake Danyal Zafar Out There and He Is Fooling People on Snapchat!

If a Danyal Zafar-profile that looks legit Danyal Zafar is going flat on you on social media, kill your hopes and dreams. Danyal is a popular artist who was shot to fame after Coke Studio Season 10 and naturally being the brother of Ali Zafar. 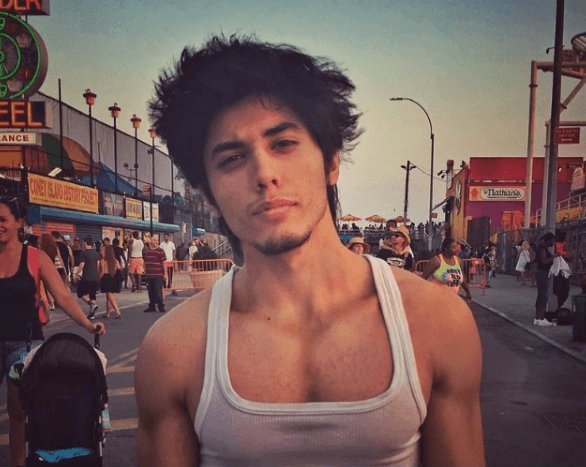 He is rated one of the most handsome Pakistanis and you can count many girls going absolutely gaga over him. Now Danyal is back in the news and it’s not about him releasing another song or performing a cover, not even getting friend zoned by another celebrity and yes, not even a hint on Momina Mustehsan.

So, recently, Danyal Zafar’s fake profile went viral. Somebody pretending to be the celebrity started chatting and interacting people on Snapchat. There are no details as to exactly what happened in the social media activity but many people actually fell for it.

Now the celebrity has cleared out everything with an official statement:

Guys, the account “danyalzafar” on Snapchat is not me. It’s a fake. My only account is “danyalzee” (swipe for the real one). “danyalzafar” is not my account. Please block and report it!

Guys the account ‘danyalzafar’ on snapchat is NOT ME. It’s a fake. My ONLY account is ’danyalzee’ (swipe for the real one). ‘Danyalzafar’ is NOT MY ACCOUNT. Please block and report it! ??

See guys, don’t fall for anything stupid out there. Anyone can pretend to be anyone, just keep your eyes open and most importantly, report anything that you feel or it is believed to be a scam or fake knowledge.

9 Pakistani Celebrities Who Have or Had Chronic Diseases That You Never Knew of
Only Weeks After The First Death, Another Careem Captain Murdered In Rawalpindi!
To Top