For the past 3 years, PTI has emerged waging protests and marches against the contemporary political matrix of Pakistan. The party enthralled many people who sought them as a beacon of hope after the failed and ignorant agendas of politicians taking charge in the last 7 years came out. A member of the party, Faisal Vawda, can be seen denouncing his own party policy.

The political party Mr. Faisal Vawda belongs to lays great emphasis on barring VIP culture adopted by important personalities, politicians, and bureaucrats in the country. They have promised to do things differently and totally unlike what is usually undertaken by the reigning politicians in every province of Pakistan. Summed up in the popular slogan of the “TABDEELI” they introduced. 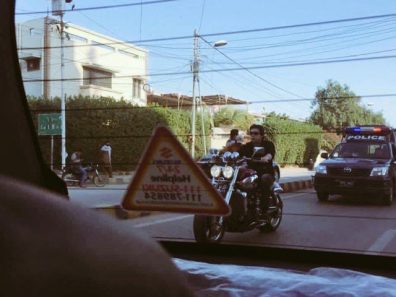 However, recently, Karachi witnessed a contrast between what the PTI administration claims to do and what they are actually found doing. PTI member Faisal Vawda was found rolling the streets of DHA, Karachi, in his motorbike backed by 4 police mobiles.

Vawda’s VIP-protocol just got exposed in the most blatant way. The video went viral and so many questions are being raised over such a display adopted by a significant member of the party.

PTI’s stance in defying VIP culture just struck a massive blow by this incident. The struggle they must have faced in making people believe they are unlike the other political parties just got wiped away by this particular incident. 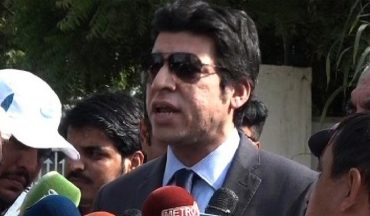 Faisal Vawda has chosen to silent on this news. There are many questions circulating the entire incident. With people also mentioning the fact that Vawda has been provided the security by Sindh Government, and the family is not new to the VIP attention because of their business.

First of all, why was he provided official protocol and security detail when he does not hold a public office? Secondly, Vawda has previously been targeted in an assassination attempt that fortunately went in vain, so why is he riding a bike with 4 protocol vehicles behind him? Can’t he be targeted for being out and open on a bike in the city?

Questions will continue to rise and probably would go down unanswered.