Fahad Mustafa, born on 26th June 1983, is a famous Pakistani actor, host, and producer. He is well-known because of his show ‘Jeeto Pakistan’ where he encourages the audience to participate in a competition and win gifts. The show is broadcasted on ARY and is considered as Pakistan’s most watched show throughout Pakistani television history.

The show consists of prizes where people compete with each other to win jackpots like gadgets, cars, etc. It has made an important mark within Pakistani television and is immensely popular nationwide. In addition, he actually gained fame at a pretty early stage probably because of the fact that his family was in the entertainment business as well. Just as he stepped into the acting world, he gained understandable recognition for his acting skills. Then, he opted for hosting which came naturally to him. And sustained himself enough to start a new production house. 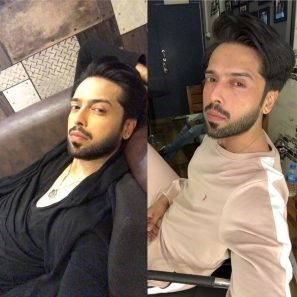 Fahad Mustafa is Salahuddin Tunio’s son and his real name is Fahad Salahuddin Tunio. He studied B Pharmacy at Baqai Medical University, only to keep it at a halt and focus on his career in entertainment. He also has two brothers and a sister.

Fahad is married to Sana Fahad. They got married in the year 2005 and have two children: a daughter and son born in 2011 and 2016 respectively. His wife is a playwright who works under Fahad’s production house. She develops the scripts for drama production.

Fahad started his career in 2002 with ‘Sheeshay Ka Mahal’ which was a drama serial. He wasn’t a noticeable character within the show. Also, the film was a flop but Fahad reached fame afterward. Then he demonstrated his exceptional acting skills in the Hum TV drama Wujood-e-Laraib, in 2004; this landed him quite a lot of exposure. Moreover, in 2008, he first dived into production and was also a part of the serial Veena by Atif Hussain. Then became the host for the nationwide show Jeeto Pakistan since 2014. He has also landed roles in serials like ‘Main Abdul Qadir. 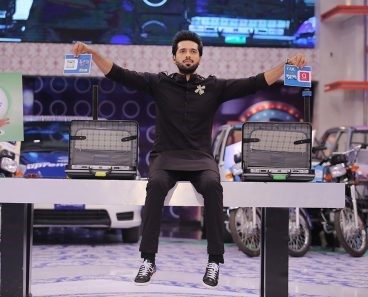 Hoon’ in 2010, a Hum TV serial where he remained as one of the leading characters. Then in 2011, he worked his way to star in an ARY digital drama Pul Siraat, where he was also in the lead. His career has been successful from all aspects including him in one of the top Pakistani celebrities.

The production house known as Big Bang Entertainment is Fahad’s own self-made production studio. In addition, his production journey started in 2008. He has produced movies like Anjum Shehzad’s Band Toh Ab Bajay Ga (by Yasir Hussain), while another one written by Ali Imran. All of the movies are under ARY Films. Not to mention, that his play Kalaq that featured Sanam Baloch made it big into the entertainment industry; kind of one of the reasons he reached the limelight as a producer.’ Some of his work as a producer includes Rang Laga of ARY, Waada of ARY, Mubarak ho beti hui hai, Balaa, and Meri Beti.

Fahad is well-known for his prominent personality on television where he captures the audience through his hosting skills. However, he has also proved himself as a worthy actor in various dramas and diverse roles. Here is a brief yet rough list of dramas that he has starred in, from the beginning (this might not be the complete list as he has starred in countless dramas. Most importantly, some included him as a minor character as well): 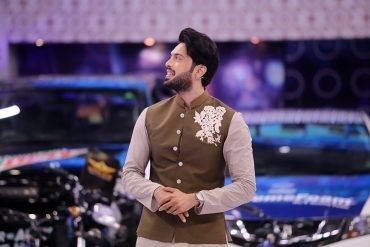 Fahad has made his significant mark within the entertainment industry as a host. The 1st Hum Awards ceremonies in 2013 were hosted by him. Then in 2016, he hosted the 2nd ARY Film Awards. In addition, 2017 proposed to be a busy year for him as he hosted the opening ceremonies for Karachi Kings and the Pakistan Super League (Dubai).

Outlook Of His Future:

Considering the amount of fame and accomplishments he has acquired throughout his years in this business, it is for sure that he will definitely keep his career at the perfect spotlight. His simple show beat any other entertainment form on Pakistani television, so in a way, there’s hope that whatever he brings to the audience will be appreciated.

Moreover, he is still active in all the positions that his career comprises of which means that aspects like hosting, acting, and producing will stay intact. And he seems to acknowledge and appreciate what he does. Fahad has said, “I don’t know what I’m going to do next, but it’s a feeling I get most of the times after I’ve completed a project. There was so much happening and all of a sudden, we completed both the films,”

He further adds in, “Although, I’m shooting ads and Jeeto Pakistan is going on, the process of film-making is something else and I miss it. I’ll be dubbing the two together now, so I’m excited about that, yet depressed.”

After successfully launching Jeeto Pakistan, Fahad Mustafa continues to capture the audience through his impressive skills. Also, he has claimed his position as an actor and producer as well through his work that we see on television. Obviously, this is not all that can be added to his biography. If there is any extra information that we might have left out then you are welcome to mention it in the comment section!