A handful of Pakistani actors and actress have not only established their careers in Pakistan but have also made a name for themselves beyond the Indian border. While the Pakistani audience, sometimes, refutes the locals making an appearance in the Indian films, there are many who have encouraged them as well. It all boils down to one thing: the rivalry between India and Pakistan which stems from years.

Given the usual political tension over the matters of Kashmir, things often go down between the two nations, which disrupts the Pakistanis working in India. However, even without the tension, there are some Pakistani actors who have denied working for/in Indian films to honor the dignity of their nationality.

Recently in an interview to a local publication, Jeeto Pakistan host, Fahad Mustafa said, “I’m the only Pakistani actor to become this popular without proving myself in India.” 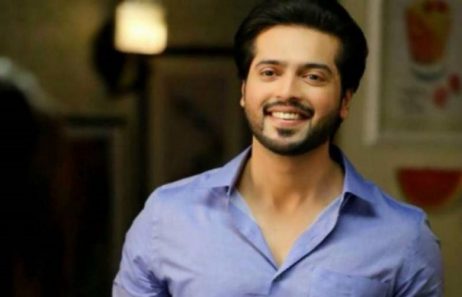 Additionally, he mentioned how actors who work in India do come across something against Pakistan, due to which these entertainers curb their personalities, which is something he doesn’t believe it.

Fahad Mustafa's take on being exclusive & Bollywood. I agree with him tbvh. pic.twitter.com/UwhtxPMcwb

Fahad Mustafa, however, was clear that he doesn’t stand against the local who work in India, but stayed firm on his stance. Not to forget, Fahad has worked with the late Om Puri who made an amazing appearance in Pakistani film.

Aside from Fahad Mustafa, there is this one Pakistani legendary actor who follows the same notion as the Actor in Law actor – Shaan Shahid.

Shaan has always spoken against working in India and has rejected a number of offers from the Indian industry as well. To Fahad Mustafa’s statement, here’s what Shaan said:

While Shaan wasn’t throwing any shade on Fahad, he made a clear point to highlight what Fahad said was wrong. Additionally, the actor had all the best wishes and praise for the Main Abdul Qadr Ho actor.

“You are doing good work Fahad, keep your head down and focus on your work and let the people say what you are saying. You are the only actor in Pakistan who can do a TV game show and do films together. Keep up the hard work. Films don’t have rating meters. Every Friday is a test.”

Shaan indeed has been a part of the Pakistani industry for years and has embedded his name well.

This Indian Drama Romanticizing a 9-Year-Old Boy Married to an 18-Year-Old Girl is Beyond Absurd!
This Muslim Bangladeshi Cricketer Left England after his Wife became an Acid-Attack Victim
To Top