Fahad Mirza Shares A Beautiful Picture Of His Family Iftar But People Chose To Notice Something else! 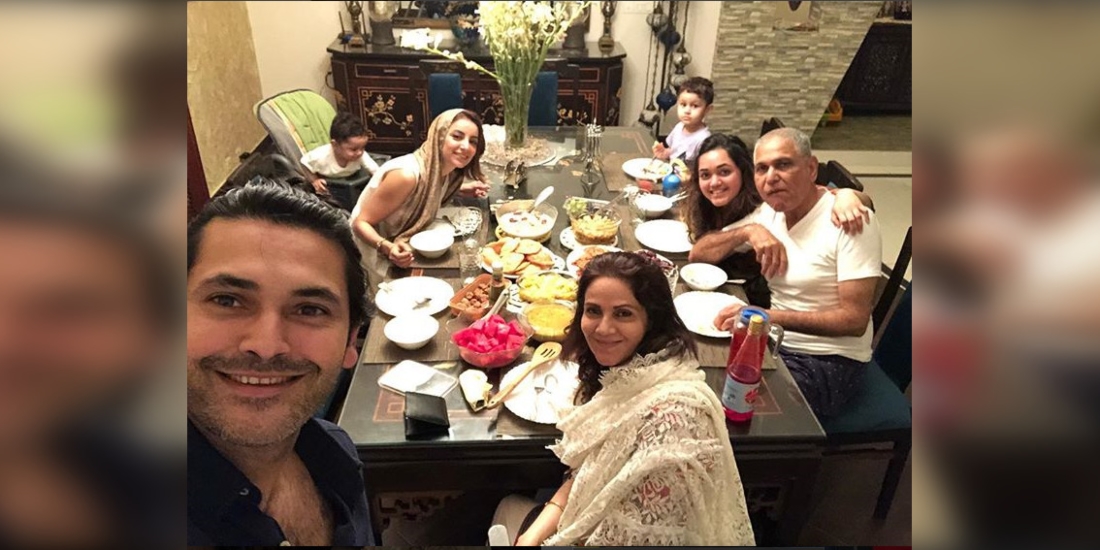 Fahad Mirza the famous and very handsome actor of Pakistani TV,  is not only a renowned actor but an accomplished dermatologist and surgeon as well! Fahad, by profession, is a doctor who got into acting and made a career out of it too. Later, he continued his medical studies and practice and recently got his degree as a professional surgeon. All his family including his wife Sarwat Gilani and his parents were really excited with joy! Wow!

The couple just took mid-year break and went on a beautiful summer vacation. Sarwat Gilani herself was an artist by profession before joining showbiz! However,  just recently, Fahad posted his first family iftar photo as they were all set to break their fasts.

Ramzan Mubarak from Us to you….!! May Allah provide us all a goodly sustenance and make our Saheri’s & Iftaars full of love and blessings. May he fill our hearts with love for one another and bring us closer to Eman!! And yes, welcome back Mallo!! @myramirza @sarwatg Ameen #fahadmirza #sarwatgillani #ramzan #iftaar

But as always, people did not see the happiness on their faces, but something to taunt on the couple!

Hope you weren’t fasting while saying this!

Well, at least it didn’t break your roza!

With all these people commenting on what Sarwat was wearing at Iftar, only one thing that comes to our mind is, isn’t talking bad about someone is prohibited as well in Ramzan?! It’s a good saying to follow, but think before you talk! This can also help people for not passing bad comments as well!

What do you say?