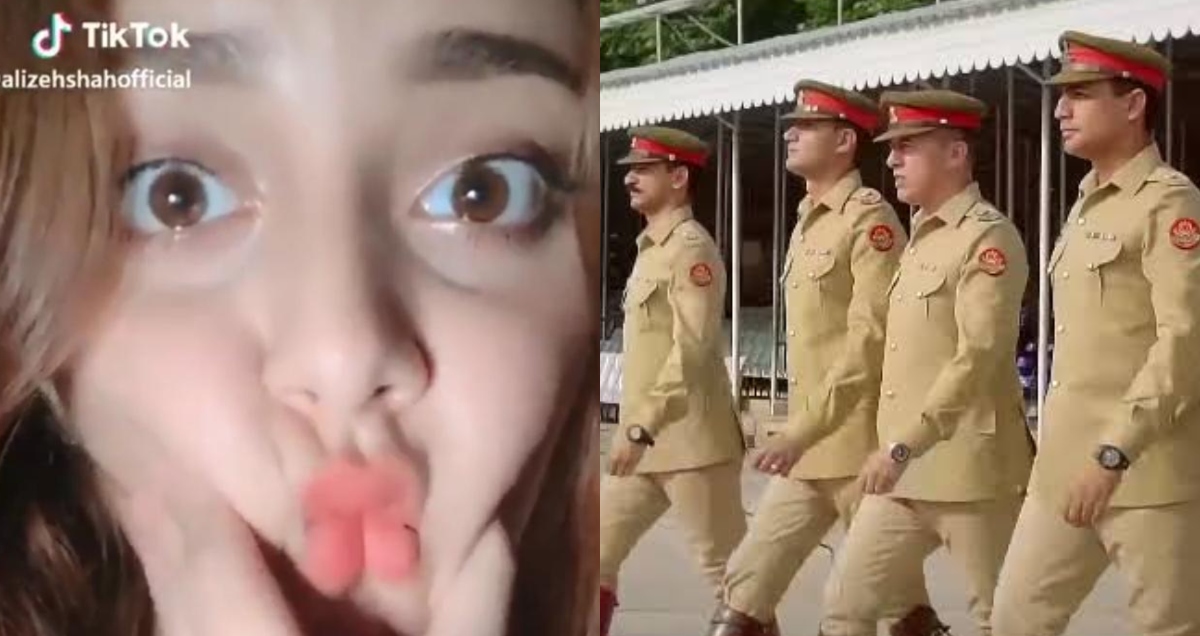 The newest show on the block, Ehd-e-Wafa, is taking every Pakistani by storm. Every weekend, people (mostly families) remain glued to their TV screens in anticipation of the show. The Hum TV drama produced by ISPR in association with Momina Duraid production is breaking ‘viral’ records.

The combination of a star-studded cast, a great story, and hints of patriotism have made this show a definite hit. We’ve compiled a list of facts about Ehd-e-Wafa and we’re pretty sure you had no idea about many of these. From facts of Ehd-e-Wafa’s characters to the PMA and ISPR’s role in the show, we’re going to reveal things that would definitely excite you. So, let’s go!

Alizeh Shah is being considered the latest national crush of Pakistan after her performance in Ehd-e-Wafa. This young, bubbly and versatile actress are doing tremendously well in the industry. Our first fact about Ehd-e-Wafa is that Alizeh Shah is a famous Tik-Tok celebrity as well. As of now, the starlet has more than 1 million followers on her Tik-Tok account. Top that! 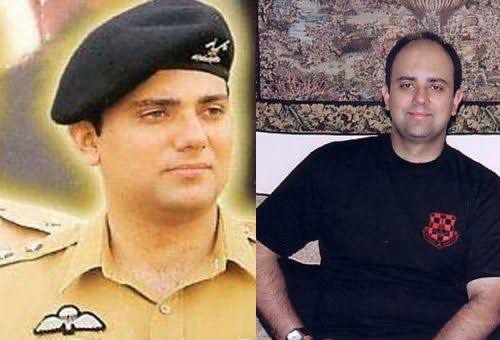 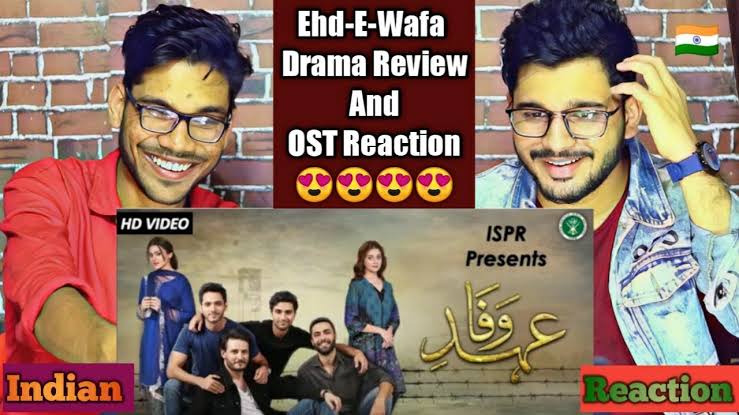 ISPR produced Ehd-e-Wafa has also become a huge hit in India. Since Indians are intimidated by the Pakistan Army, they are loving the depiction of PMA and how these young boys turn into hardcore ‘faujis’. Many pilgrims coming from India for the Kartarpur opening vowed they are huge Ehd-e-Wafa fans. How about that for a fact about Ehd-e-Wafa.

4. DG ISPR’s doggo Zorro is also a character in Ehd-e-Wafa 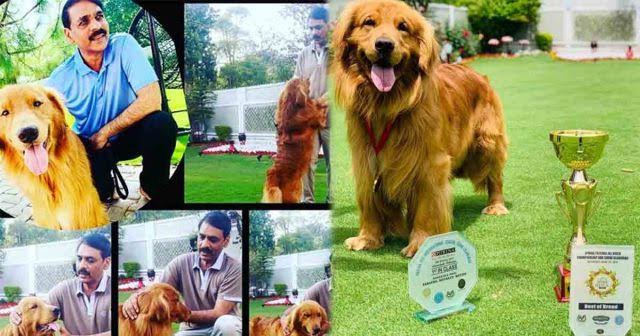 Another crazy fact about the show is that Ahad Raza Mir’s dog actually belongs to the DG ISPR Major General Asif Ghafoor. Since the show is produced by ISPR, it was only right that Zorro got his few seconds of fame as well. 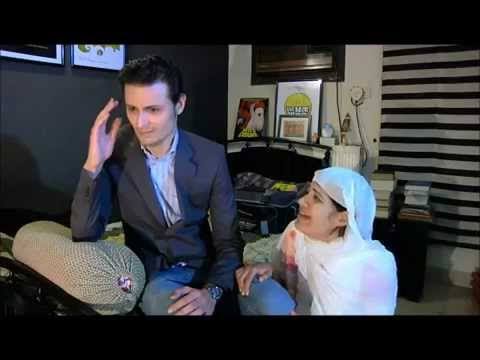 The character Shahzain Allahyar, being played by Osman Khalid Butt is being loved by many as well. A fact about Ehd-e-Wafa is that Osman Khalid Butt initially started his entertainment career as a Youtube vlogger where he made parodies of dramas like Humsafar. 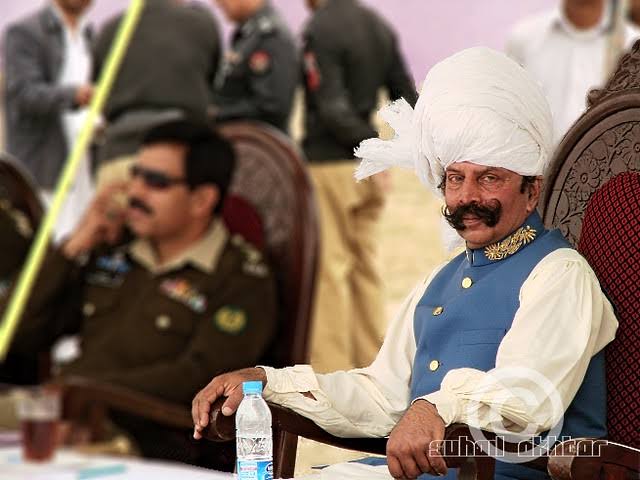 Malik Allahyar in Ehd-e-Wafa is a royal landlord in Punjab. His grandson Shahzain is getting married to ‘Pinky Puttar’ the daughter of a notable in the area. The ‘Haveli’ in which Pinky in her family lives belongs to Malik Atta Muhammad Khan, a landlord, and a politician. An absolutely twisted fact about Ehd-e-Wafa tells that Malik Atta Muhammad starred as Captain Faraz’s father (Ahad Raza Mir’s father in Ehd-e-Wafa) in Alpha Bravo Charlie. WHAT?!?!?

7. Gulzar from Basti Malook is an acting graduate of NAPA 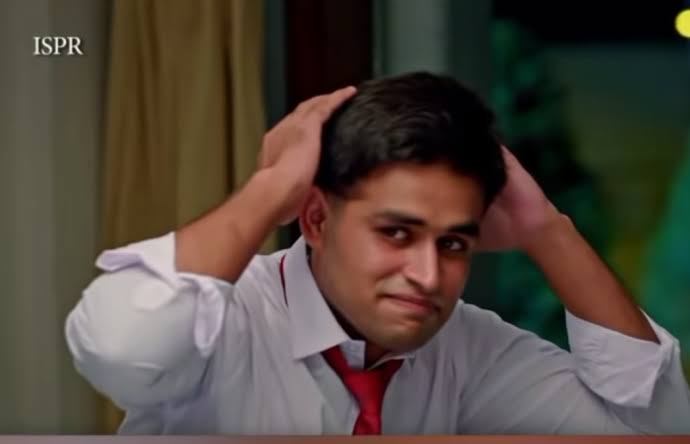 Imran Ashraf’s favorite character from Ehd-e-Wafa, is not an ordinary boy from Basti Malook in real life. A lovely fact about Ehd-e-Wafa is that Gulzar the life of the show is actually a versatile actor. Adnan Samad Khan graduated from the National Academy of Performing Arts (NAPA). He has played his part to perfection and has become the favorite character for many in the Ehd-e-Wafa. His dialogue delivery and acceptance of Gulzar’s role has earned him praises all around the world.

8. The shooting of Ehd-e-Wafa was conducted during vacation break at PMA 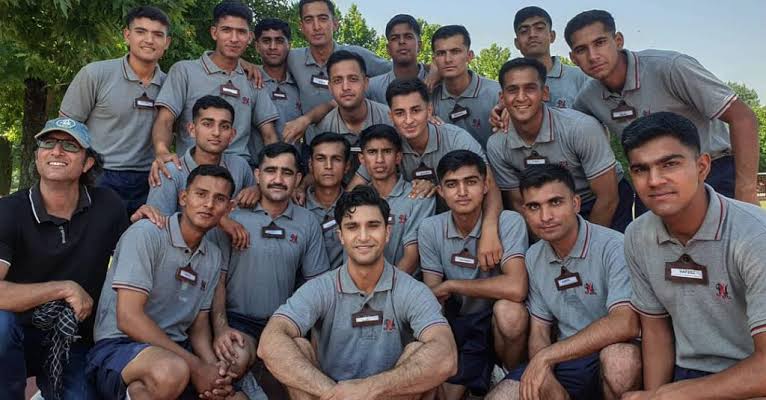 A fine rumor from inside the PMA suggests that the shooting of Ehd-e-Wafa was not conducted while most cadets were present at the academy. In fact, the show’s shooting was done when the PMA had its holiday season. This made shooting of the show easier and security parameters were handled with ease as well. However, some people were still present at the academy during the show’s shooting. This way, the public also got to see how beautiful the PMA is. It served as a memory refresher for many graduates of the academy who had been longing to see the telephone booth, roads of PMA and other vicinities that they so dearly miss.

9. Some actual army personnel are also part of the Ehd-e-Wafa cast

10. The show portrays how PMA strengthens cadets not just physically, but psychologically as well 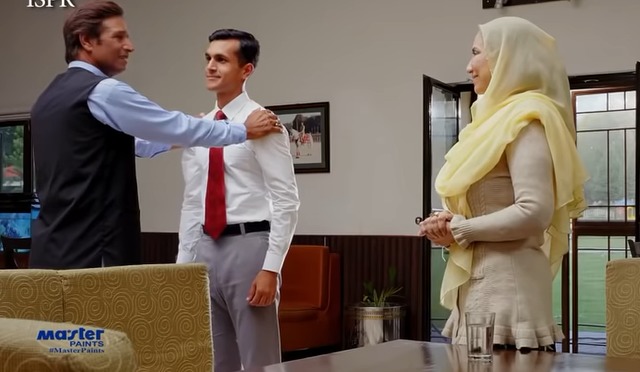 Another alleviating fact about Ehd-e-Wafa is the PMA’s role in a cadet’s life. The scene where one cadet’s performance declined due to his family troubles, was the epitome of PMA’s care. The authorities in the show invited the cadet’s family to PMA and resolved their differences, so it does not affect their child’s work ethic and performance. This affection for officers in the army is a step that is being adored by the general public. Furthermore, a currently serving officer in the Pakistan Army confirmed this fact that PMA does look into the cadet’s family issues and always tries to resolve them so they are not affected mentally.

All in all, it can be said that these facts about Ehd-e-Wafa, even though unknown, serve as a reminder that a lot of hard work has been put by people involved to make it a success. Ehd-e-Wafa is winning hearts and will surely be winning awards when the time comes. It can be safely said that it is one of the best productions of 2019 and Hum TV has done a brilliant job at it. The addition of ISPR in the show only makes it all the more special for us Pakistanis. As for the fans who do not reside in Pakistan, they too are tasting the flavor of the land of the pure.