Amidst the horror of the Lahore blast, where over 70 people were killed and 300 injured, Facebook enabled its Safety Check option to help limit the terror that accompanies such devastating events.

The tool is automatically designed to help family members and friends check on their loved ones during natural disasters. Safety Check works by triggering a push notification on devices that are near an affected area, as Facebook determines the user’s locations from their profiles, or the city you’re connecting and using the internet from and last location from the Nearby Friends feature. If a Facebook user is safe, they click the ‘I’m safe’ option and a notification will be generated. 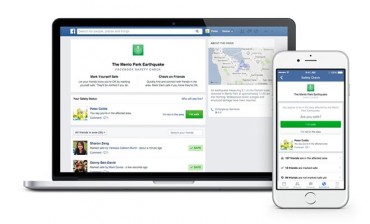 However, Facebook messed up by asking people in other countries whether they had been affected by the bombing in Lahore.

Following the notification, Facebook also went on to send text messages offline to users in the UK, US and many other countries:

Facebook’s errant “explosion” texts, which don’t even specify “Pakistan,” are even worse than the app/browser issue. pic.twitter.com/175rCOaIVM

Facebook has since apologized for the confusion regarding the notifications to other countries and said they were working on it.

We activated Safety Check today in Lahore, Pakistan, after an explosion that took place there. We hope the people in the…

Posted by Disaster Response on Facebook on Sunday, 27 March 2016

It is clear that Facebook as a primary social network, is attempting to provide services inclusive to all areas affected by natural disasters and otherwise. However, technological lapses especially for a country such as Pakistan, which is not given the social media prevalence nor awareness necessary when concerning extremist attacks, results in a seeming lack of accountability. The responsibility for ensuring information regarding people’s safety is seen as less legitimate than those who live in countries in Europe and America, and so, does not involve the urgency as seen in attacks such as the Brussels attack.

Most of the people who expressed concern regarding the Safety Check misstep were criticizing its efficiency rather than its content.

One can only hope that Facebook registers and remedies its safety features for all countries, not just those who fit in the ‘first world country’ bracket.

Also See: Lahore Blast: Kind Gestures Of These Foreigners Will Leave You Teary-Eyed

Lahore Blast: Kind Gestures Of These Foreigners Will Leave You Teary-Eyed
Celebrating Holi – A Step Towards a Progressive and Tolerant Pakistan!
To Top