This Facebook cryptocurrency coin is making its way into the market; potential competitors even include Bitcoin. Previously released as GlobalCoin, Libra is Facebook’s brand new cryptocurrency bound to break the internet.

How Did It All Begin?

The Libra cryptocurrency has been in development since as far back as 2017. Facebook wanted the currency to be a part of the social media platform as quickly as possible. But the actual development started and went on for more than the latest six months.

There have been about 100 staff members diligently working for the launch and development of the Facebook cryptocurrency coin, ‘Libra’.

Libra Networks registered with ‘Facebook Global Holdings’ as a stakeholder in early May. Facebook kept on with the preparations of the currency while also hiring two Coinbase employees and then confirming the launch of the Libra coin in 2020.

However, new reports suggest that Facebook will be launching the cryptocurrency as early as 18th June. Facebook’s Head of Financial Services and Payment Partnerships for Northern Europe, Laura McCracken confirmed the coin’s recent launch date.

There are still a lot of risks that Facebook will need to look out for. BBC News reports that Facebook’s CEO, Mark Zuckerberg had a conversation with the Bank of England’s governor, Mark Carney about the future, risks, and organizing of the currency. In addition, Facebook is also in touch with the US Treasury and Western Union, for functional purposes.

It is said that Facebook ‘Libra’ coin is supposedly going to have purposes like the ability to be used in Facebook Messenger and Whatsapp. So, Facebook is also working towards developing a platform for payment. The company is collaborating with various firms and apps in order to perfect the release of the digital currency. 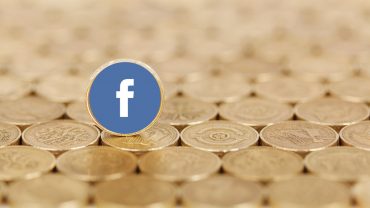 Also, it is reported that the company is giving importance to its users in India because Indian users usually waver to use cryptocurrencies. Facebook will try to help Indian individuals working abroad to be able to send money to their families on Whatsapp, through the assistance of this coin.

There is still no concrete information regarding what the coin might be used for. BBC mentions that Facebook might have concepts like retailers and purchasing goods on a discounted price through this currency. Moreover, the report also suggests that the cryptocurrency can easily transfer values from Facebook to a retailer. This means that there is zero interference of a third-party.

Does It Have A Future?

David Gerard, the Blockchain Expert, mentions that Facebook will earn extreme profits through launching their own paying system. But he said that he is confused why the company didn’t choose to launch a payment system like PayPal or Payoneer but instead are developing a digital currency.

Facebook has to cover up its image so that people would trust enough to use the currency. On the bright side, a researcher reports that about 30 million people use cryptocurrencies. So, considering Facebook’s monthly users, the Facebook Libra coin has a lot of advantages. However, we can’t be too sure as it’s release is what is will determine everything.

Facebook has backing from global companies because of its large exposure. According to Wall Street Journal, Visa, Mastercard, Uber, and PayPal have agreed to comply. Each company is supposedly going to invest about $10 million for the currencies development. They are now a part of the Libra Association. 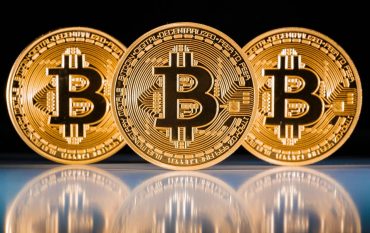 Facebook is a user-friendly trustful platform that has billions of active monthly users. So, once a platform like that releases a cryptocurrency, there is a definite chance that people will use it. More so, the concept of cryptocurrency can be well-known to a lot of age groups and geographic locations because of Facebook.

There are so many users that can easily utilize Facebook for their daily activities so getting to know a cryptocurrency launch can further the usage. Not to mention, there is  also the fair share of risks involving the launch of digital currency but Facebook is a huge social media platform that has worldwide exposure. However, this is just a shot in the dark. We can never know the profits and success of the currency until it is actually in launch and running.

The CEO of brokerage firm Euro Pacific Capital, Peter Schiff thinks that Libra will have an upper-hand over Bitcoin over its stability.

“Facebook’s new cryptocurrency “Libra” is bad news for Bitcoin. Facebook will target the very market Bitcoin is counting on for growth, the unbanked in nations with high inflation. Libra will be stable, and much easier and cheaper to use as a medium of exchange than Bitcoin” the CEO tweets.

Facebook’s new crypto currency “Libra” is bad news for Bitcoin. Facebook will target the very market Bitcoin is counting on for growth, the unbanked in nations with high inflation. Libra will be stable, and much easier and cheaper to use as a medium of exchange than Bitcoin.

However, the Bitcoin advocate, Anthony Pompliano showed his disagreement. He mentions that both are actually going to be helpful for each other. He even compares the two to restaurants “False. In fact, the exact opposite is true. Like restaurants on an intersection, the more available, and the better for each of them” he simply tweets

False. In fact, the exact opposite is true.

Like restaurants on an intersection, the more available, the better for each of them.

While Caitlin Long of the Wyoming Blockchain Task Force said that she disagrees with the statement regarding Facebook cryptocurrency coin being better than Bitcoin. She wrote, “More people will turn to bitcoin for one simple reason—bitcoin is scarce, while Facebook’s cryptocurrency is not. People will migrate over time to the most honest ledger for storing their hard-earned wealth—and that’s not fiat currencies or derivatives thereof, including Facebook’s cryptocurrency,”

Well, the launch is set for this week. What do you think? Will people trust Facebook enough to indulge in the usage of this virtual currency or is it just another attempt? Comment below your thoughts!

PM Imran Khan Called Some Players In The Team ‘Raillu Kattas’ And Pakistanis Are Super Confused!
Indian Media Now Claims That Narendra Modi Is The ‘2nd Janam’ Of Sir Syed Ahmed Khan And This Is Too Much!
To Top