The app Facebook has become the first non-Google app to cross more than 5 million downloads. This demonstrates the unreal popularity that Facebook possesses as a whole because it has become as global as Google.

There has never been a single non-Google app that’s been able to reach this milestone because Google applications have always had a giant lead. And that is understandable because who exactly can stand against Google? All such apps like Gmail, Youtube, Maps, etc are becoming everyday necessities; downloading them is a requirement. Moreover, Google apps are always pre-installed anyways. Facebook achieving such a milestone mentions that it is a part of the apps that are unreasonably popular. Nevertheless, just like any other app, it can be used for negative purposes as well.

About 5 years ago, Facebook had crossed the milestone of 1 billion downloads and even that time it was the first non-Google app to reach such a number. It is no secret that Facebook is a hit all over the world especially in South Asian countries. The Southern and South-Eastern region of Asia makes up for most of Facebook’s users. However, the app isn’t generally welcomed in western countries. It wouldn’t be an exaggeration to say that the undying usage of Facebook within the above-mentioned regions is what keeps it alive. 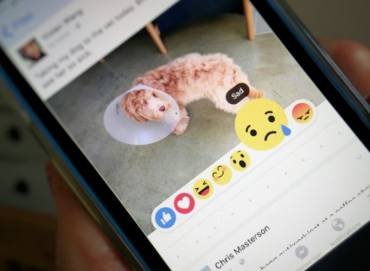 A data collected by Edison Research mentions that in 2017 about 79% of the total US population aged from 12 to 34 used Facebook. However, that number dropped to 67% in 2018 and reached about 62% in 2019. A good portion of the young users of the app are ditching it and, hence, they are moving on to other apps. Considering how huge the US market can be, it is truly a shame and a loss for Facebook that it is not able to pierce the minds of such consumers as precisely as other social media apps.

Though, this doesn’t mean that Facebook isn’t as famous as it was anymore. The app consists of about 1.5 billion people on average logging onto it; they are also active users. There is still no other social media platform that has even reached that level yet let alone top it. Therefore, this app won’t be disappearing any time soon because it is thoroughly embedded in the social media world. In this day and age, a digital world without Facebook is similar to a hamburger without meat.

One of the other reasons that the number of installs has increased drastically is that Facebook has a deal with various smartphones. It already comes installed within the following smartphones: Huawei, LG, Samsung, and Xiaomi. Moreover, it is rather clever on Facebook’s part to display itself as a required application like the in-built applications that one just cannot avoid. So, even if one doesn’t use the app, it would still grab their attention.

What do you think of the situation? Do you think that Facebook is a great enough app to witness more than 5 million downloads? Are their any other non-Google apps that could reach this milestone as well? Share your thoughts using the links below.

Instagram Copies Another Feature From Snapchat
Threads Is The New Snapchat For Instagram Users – What’s The Future Of This Clone?
To Top