“Violence is unnecessary and costly. Peace is the only way.” – Julius K. Nyerere.

Inappropriately antagonistic displays, a group of white extremist individuals from Texas are training to shoot Muslims with bullets smeared in pig’s blood and bacon grease. 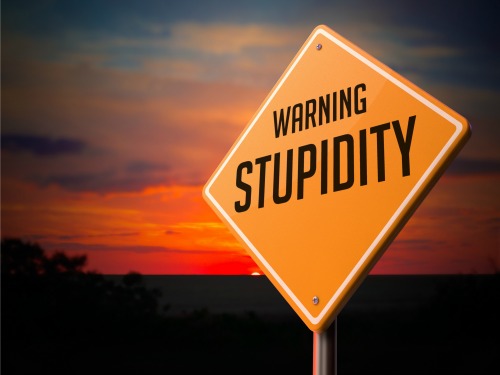 The “Bureau of American Islamic Relations” (BAIR), under which the group of Texans are operating, say that using the pig products is intended to “send the Muslims straight to hell, because they believe in that stuff“.

There’s Muslim hate groups in Texas that coat bullets in pig blood or bacon grease so when they shoot them they go to hell. I’m disgusted.

The group is an opposition group to the Council of American Islamic Relations, whose actual intent it is to make relations between different ethnic groups easier and more tolerant.

The group is based in the city of Irving, which was to have an influx of Muslim refugees coming in, but soon tapered off, in what the Guardian reported to be less than 3,000 Muslim refugees that the city took in.

So my poor mom saw that @ajplus video of the white Texan men practicing shooting Muslims with their stupid pig bullets and she’s scared ?

David Wright, the spokesperson for the radical group BAIR, stated they were intent on “doing stuff now” to try and minimize the Islamic radicalist threat. The group members dress in army camouflage wear, and practice shooting over various locations for times when protests may arise.

While this exhibition of American protectionism is no more than glorified violence, it is more troubling the message it is sending to other Americans, and the future of immigrant and Muslim security.

How is it, that as a ‘leading’ nation, one that is exemplary in conduct, can condone behaviour such as this?

2,174 Syrian refugees have been admitted to the US after a vigorous vetting process. ZERO have been arrested or removed on terrorism charges

Do they not see that by not monitoring their citizen’s accessibility to ammunition and arms, and not properly educating them on the emergence of Islamic radicalism, there is next to no successful, communicative endeavour that will lead to better understanding, and peaceful relations?

christians putting pig blood on bullets to shoot muslims? is that what “your” God told you to do? that you go to heaven by killing people???

Only can only hope and pray that those speaking out against these unwise measures, continue to do so, and inspire others to as well.

Watch the coverage of the extremist Texans here.

10 Desi People You’re Lucky Not To Share Names With
Forget Jon Snow, Mumtaz Qadri Made A More Dramatic Return From Death
To Top