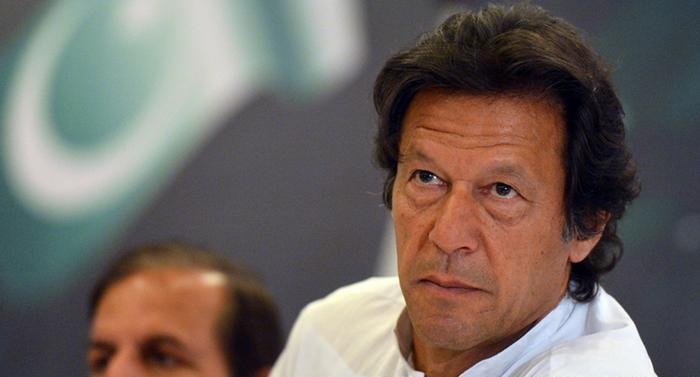 Local governmental/ political issues and global relations are frequently by one means or another are entwined, yet it appears that our government officials have failed to find a way to resolve the issues. It is useless to argue whether the local legislative issues truly determine international relations or the opposite. The response to that question is obviously “both, at times”. The additionally intriguing inquiries are: when and how domestic governmental and political issues are permitted to overshadow global relations.

Apparently the political war in Pakistan is constantly directed by Imran Khan, coupled with Dr. Tahir ul Qadri. The rest of the political parties look for an end to the clash, ideally through an arranged agreement since the armed force has annihilated the tattle burrows constructed by the opposing parties to have back door settlements. On the other hand, this method is conflicting with the general populationâ€™s temperament and the attitude of the government. With increasing PTI pressure, Imran Khan’s fame could be politically catastrophic for Prime Minister Nawaz Sharif.

Imran Khan can likely keep on mustering a majority and he realizes that full house political gatherings will be more prone to support a major acceleration. In one of his statements, Imran Khan said the nation should to be ready for a long term clash, yet the military is unsure what the political parties need. Senior military officers feel that the political echelon must make a decision now; either patch up or to end this political campaign. Has Imran Khan achieved his goals which he set or PTI, remains unclear? Imran Khan and the leadership of PTI need to make a choice if it is going in further or pulling out of pressure tactics based politics. People and supporters have already started losing their interest in the sit-ins and Imran Khan (PTI)â€™s campaigns.

What appears from the current situation is a sense of the powerful difficulty for Imran Khan to discuss and negotiate effective exit strategies. The options available to him seem to be suboptimal. It appears that he has been forced to compete with the pressures. Imran Khanâ€™s stance to linger on the protest is killing the purpose of it.

Imran Khan unpersuasively reveals the planning of an exit strategy required to settle these competing pressures. Therefore, one of the mainÂ dilemmas encountered is whether he will opt for a result-oriented or time specified strategy. It is debated that, in most of the cases, time-barred exit strategies can be greatly useful in consoling both the supporters that the sit-ins won’t go on forever. It is likewise seen that fixing a particular time span for exit can leave little or almost no room for flexibility to react to the crises. Then again, it is clear from the current political situation that result-oriented strategies are also laden with trouble. The midterm elections are important for democracy, but it can also turn on to a discordant event that might reignite the conflict. Imran Khan should come up with an exit strategy and should see it as a process rather than an event. Imran Khanâ€™s exit strategy should help in maintaining peace and stability in the country.

Imran Khan should try not to confuse the exit strategy with the exit date because setting a date can prove to be counterproductive. An exit strategy will be helpful for Imran Khan in defining the conditions and criterion for ending the sit-ins without specifying a particular date for the withdrawal of his partyâ€™s demands.

Within the political and military circles, it is very difficult to clearly define the term â€˜exit strategyâ€™, however, there are a couple of definitions for it. One of the dictionaries defines it as a plan to eliminate forces once the end result has been achieved and the tools of power can give way to other tools. This definition implies that for Imran Khan to exit political involvement, it should be considered that the political, economic and other social tools of power play a dominant role. In order to make this effective, for Imran Khan, the cooperation of civilians and the military is necessary and must be logical from the onset so that a sensible and attainable exit strategy can be devised.

Imran Khan always avoided mentioning the need for an exit strategy in any of his public speeches. He has not provided any information whatsoever on how he plans to make and execute an exit strategy. It is difficult for Imran Khan to plan for an exit strategy as it includes weighing political goals and objectives, like the resignation strategy for Nawaz Sharif sternly under the rubric of overrated street power. At the time when the probability of an unending result increases, the use of the term exit strategy will most likely raise the level of public frustration. Many of the experts are of an opinion that the formulation of an exit strategy should preferably have taken place before Imran Khan began the Azaadi (independence) march and promised to stick to his stance till the time Nawaz Sharif resigned.

In an ideal situation, the leaders and politicians settle on a set of objectives that their movements will attain. At that point, they make a strategy for measuring advancement towards these objectives. Next, they focus on the time when advancement around the objectives would be sufficient to pronounce political intervention a win. By developing an exit strategy in advance, it guarantees measures of efficiency are formed and forces the political leaders such as Imran Khan to think about the end result, beforehand. On the contrary, diverse interventions warrant distinctive methodologies and there may be a good justification for Imran Khan to make commitments (long term) to situations that have previously experienced chaotic results. In the very dodgy and volatile arena of using force, Imran Khan might believe that an exit strategy (just like any other plan) may not be sustainable and a fixed exit strategy is practically applicable only with the intervention of the military forces throat and only in the case where it remains politically acceptable for the people of Pakistan. This implies that for Imran Khan having an exit strategy is not the same thing as having the ability to stick to it.