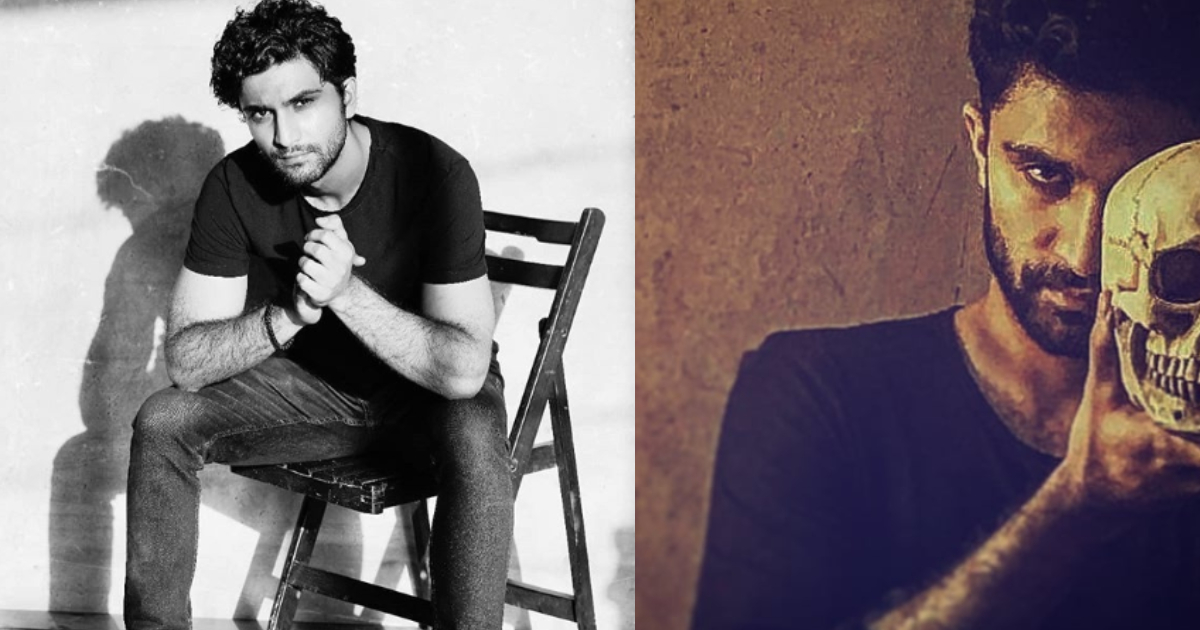 Ahad Raza Mir is one the most dapper celebrity of Pakistani industry and there’s no doubt that women are gaga over his good looks and acting skills. Ahad is a Pakistan born but lived most of his life in Canada. The 25-year-old’s grandfather Raza Mir was an established director and one of the founders of Pakistani Film Industry. His father Asif Raza Mir has been a successful actor who has been associated with Pakistani drama industry for decades. 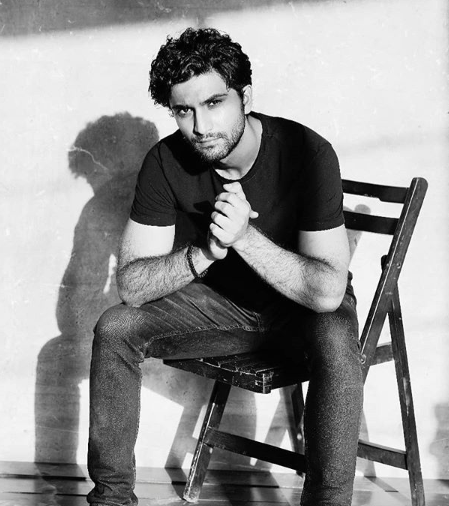 Ahad Raza Mir is married to Samra Asif and they recently celebrated their 27th anniversary. Mir reached the peak of his career in the 1980s. He has acted in a variety of different Pakistani films, such as Daaman, Badalte Mausam, Saathi, Playboy, Mere Apne, and Haye Yeh Shohar. His involvements with the media faded away in the 1990s, but he rose back in 2000. 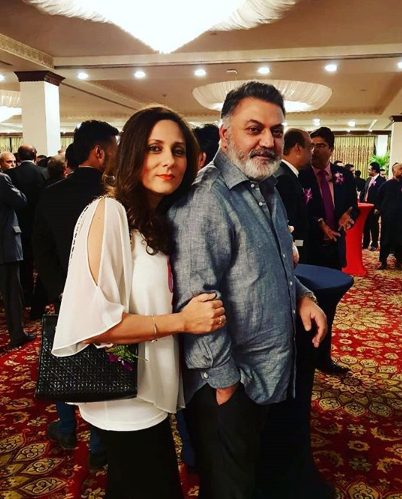 Furthermore, Mir has also acted in several drama serials, such as Main Abdul Qadir Hoon and Ishq Gumshuda. His most popular performance on television was in Tanhaiyaan and that was one of the reasons for his early success. His role in Samundar is still appreciated by his fans.

He also acted in an Eid play, titled Choti Choti Baatein. His role in the period plays Tansen opposite Zeba Bakhtiar was also appreciated by the audiences and the critics alike. He also acted opposite Roohi Bano in Darwaza and his performance is remembered to this day.

Moreover, Asif Raza Mir appeared in the last episode of Anwar Maqsood’s famous serial Aangan Terha as a thief. Apart from acting, Mir is also a businessman, although he says that he has never been able to keep a balance between the two. 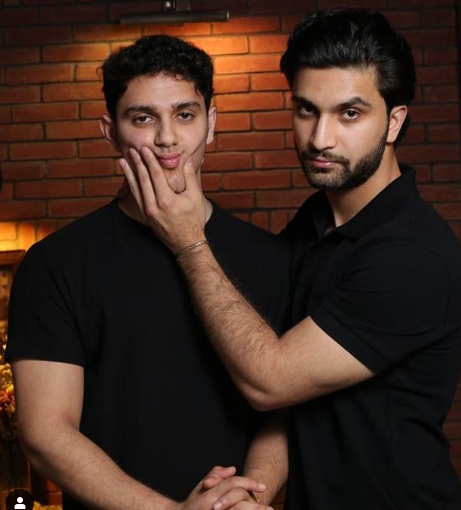 Ahad Raza Mir’s younger brother Adnan Raza Mir garnered a lot of attention from the masses when Ahad posted some family pictures. He was instantly liked for his good looks. Ahad, later on, revealed in an interview that Adnan had no intentions of stepping into the world of acting but was studying abroad to later join the industry as a director or producer.

Ahad Raza Mir and Sajal Aly starred together in the popular drama serial Yakeen Ka Safar which was a massive hit. Their on-screen couple was also awarded the best on-screen couple award at the HUM awards. Sajal Aly was also seen with Ahad’s mother a couple of times and it was evident that the two bonded well. 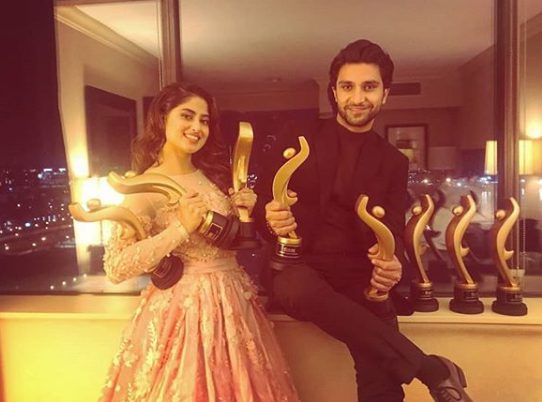 After all this, the masses began stating that these two were most likely to tie the knot. Ahad, in particular, was asked this question in every single interview. While he answered this question in every other interview, recently he showed his discontent with it and commented that such questions were in bad taste. People really appreciated his response especially because he spoke up for Sajal more than himself.

Although, a lot of people still hope the two get hitched and rumor has it that they are not revealing their relationship. But oh well, time will tell.

Ahad has been a part of several TV dramas and after Ahad Raza, Mir did BFA in Drama from the University of Calgary, Canada he played the role in theatrical dramas like Jebat The Tempest, A Picture With a Bull, The Intruder, West Side Story, Romeo, and Juliet. 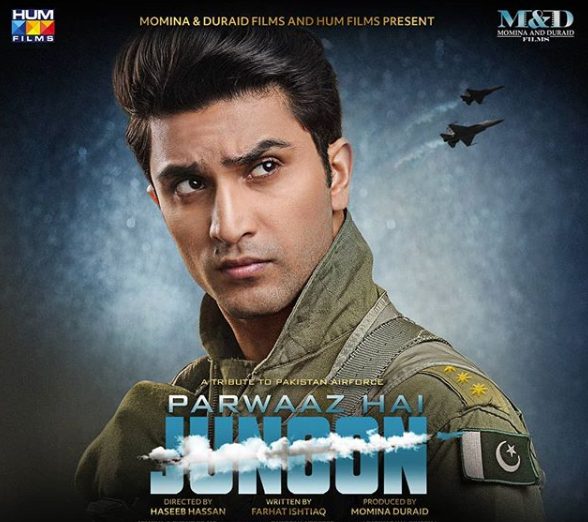 Talking to Gulf Times, he earlier revealed, “I am returning to Canada”. “The show will be featured at various places in Canada. I’m going back to play Hamlet for The Shakespeare Company, one of the most reputable Shakespeare companies in North America. A place where I started my career from, professionally on stage. Pretty nervous but happy,” he said.

Reportedly, The Shakespeare company, Ahad works within Canada contacted him for three years before signing him up as a lead. Ahad believes it just shows their level of commitment to him. The Pakistani star will be the first brown actor to be cast as ‘Hamlet’ in Canada! 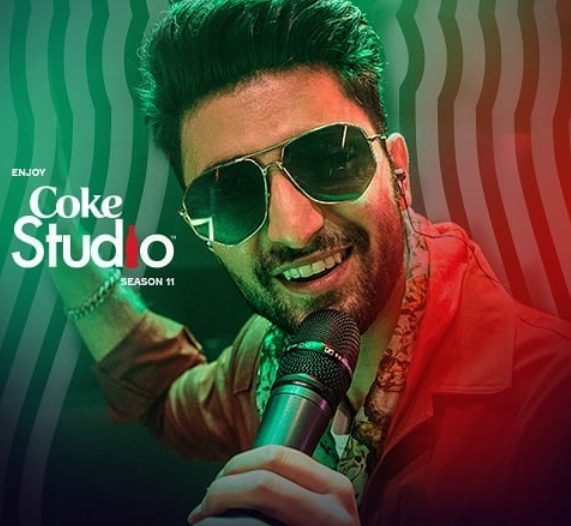 The Parwaaz Hai Junoon actor also launched his singer self with a cover of ’60s track by Ahmed Rushdi – ‘Ko Ko Korina’ along with singer Momina Mustehsan. A gutsy move, considering how iconic the track is, ever been to a mehndi where this wasn’t sung? Neither have we. But Coke Studio was confident in their cover, claiming “This Ko Ko Korina remix by Coke Studio will also be one of the top Pakistani songs of 2018 and will become a famous Ahad Raza Mir song.”

However, the song did not go well and Ahad Raza Mir along Momina Mustehsan were trolled aggressively.

Ahad Raza Mir is not just a successful actor with good looks, he’s also the third generation in his family to partake and contribute in the film industry. Ahad Raza Mir has been associated with reputed names in our industry and from singing to acting – Ahad has flaunted his skills well. 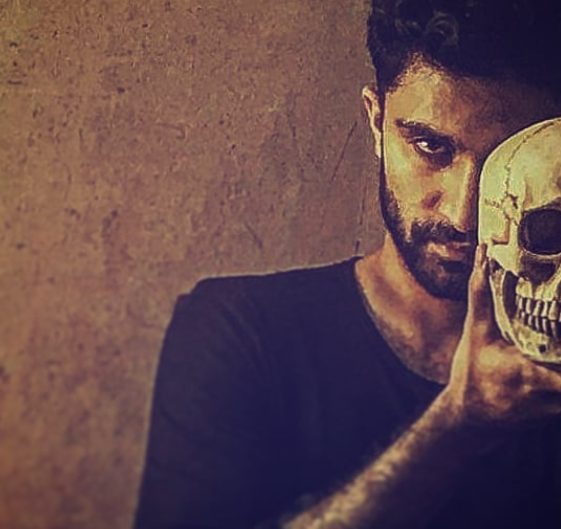 He has already won two awards for Yakeen Ka Safar and it already seems like that he’s a superstar in the making. Mir established himself as a gifted actor by delivering a powerful performance in his first major television serial, Sammi.

Subsequently, he propelled himself to the ranks of top Pakistani actors as the no-nonsense Dr. Asfandyar in the spectacularly successful serial, Yaqeen Ka Safar. This was followed by the critically and commercially successful feature film, Parwaaz Hai Junoon, in which he played the role of an air force cadet.

From men to women, everyone appreciates Ahad Raza Mir and let’s not forget that he truly is a great actor and his hard work has paid off! We wish him all the best for his future!

An Inclusive Art show in Karachi And The Creativity Of These Super-Talented Artists Will Give You Serious FOMO!
2018 Was The Year Of Celebrity Relationships And The Gossip You Need!
To Top