Everyone Rejected To Work With Sonam Kapoor In Khoobsurat Except Fawad Khan|Parhlo.com

Sonam Kapoor, one of Bollywood’s well-known actress, mentions about her movie ‘Khoobsurat’ with Fawad. The movie is a blockbuster while breaking multiple records. Moreover, Sonam Kapoor in Khoobsurat is the best thing to happen in the entertainment industry. But, Dating back to 2014, Kapoor says that no one wanted to work with her in Khoobsurat. The main reason was the title of the movie that diverted the Indian actors.

Sonam said, “Do you know how much effort it took to make Khoobsurat?” then explaining the reason, she compliments Fawad for his skills, “No hero wanted to work with me because it was called Khoobsurat. I had to get Fawad Khan from Pakistan. And look at what happened. Fawad became a huge star. He had the confidence,”

Sonam Kapoor And Fawad Khan In Khoobsurat Had People Shook:

Within the movie, their bond is like no other. Even though their roles are entirely opposite yet they remain so connected. Fawad Khan in Khoobsurat plays a prince while Sonam is a curious and carefree physiotherapist. Their dissimilar characters were able to mesh so well that it shook South Asia. 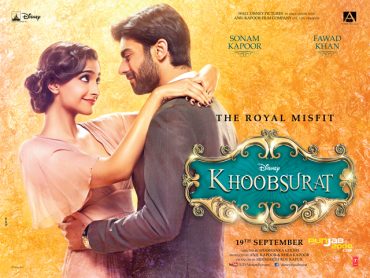 Even the director Shashanka Ghosh mentions their chemistry and how much it contributes towards the success of Khoobsurat as a movie. “Sonam and Fawad unite effortlessly to essay their parts and the chemistry are there for all to see. They share a great comfort level and that reflects on screen. I think the interesting thing to watch out for is the gradual awareness of their chemistry with each other.” Ghosh said.

She adores the actor as a fellow acquaintance and wishes to work with him again. No should miss out good chemistry like that on the big screens! She said, “Art has no boundaries. I think Khan was a consummate professional. We had great chemistry and I look forward to working with him again,”

People remember the movie like yesterday despite the fact it has been more than 4 years since its release. Considering how well Pakistani and Indian actors can adjust on screens, it is a shame to see Pakistani actors being banned from appearing in Bollywood. Moreover, they do experience discrimination. To be honest, even if it isn’t to the extreme degree, it is still quite there. Rookie Pakistani actors making it big in India is the most extensive and difficult task ever; as they barely have any support to back them up.

Back when the movie was newly released, Rhea Kapoor, the Co-producer, also addressed her opinions about the catchy nature of the movie. She said, “Khoobsurat has something in it for everyone and is a complete family entertainer. Along with that, it brings back old-school romance, which has been missing from the silver screen for a very long time.” 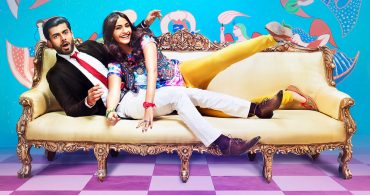 Movies will always be an impressive way to unite countries. No matter how much Pakistani’s preach against Bollywood, many still come back to it. Well, Whether that is a good or bad thing depends on the background, understanding, and mindset of the person.

Were you surprised to hear Kapoor’s statement? Or did it seem plausible? Did you like Sonam Kapoor in Khoobsurat? Share your thoughts!

Toyota Has Increased Car Prices By Up To 8 Lacs And Buying A Corolla Is Now A Dream!
The 4 Subtle Ways Pakistani Parents Say ‘I’m Sorry’
To Top