Every Reason Why People Are Going Gaga Over 'Aisi Hai Tanhai' 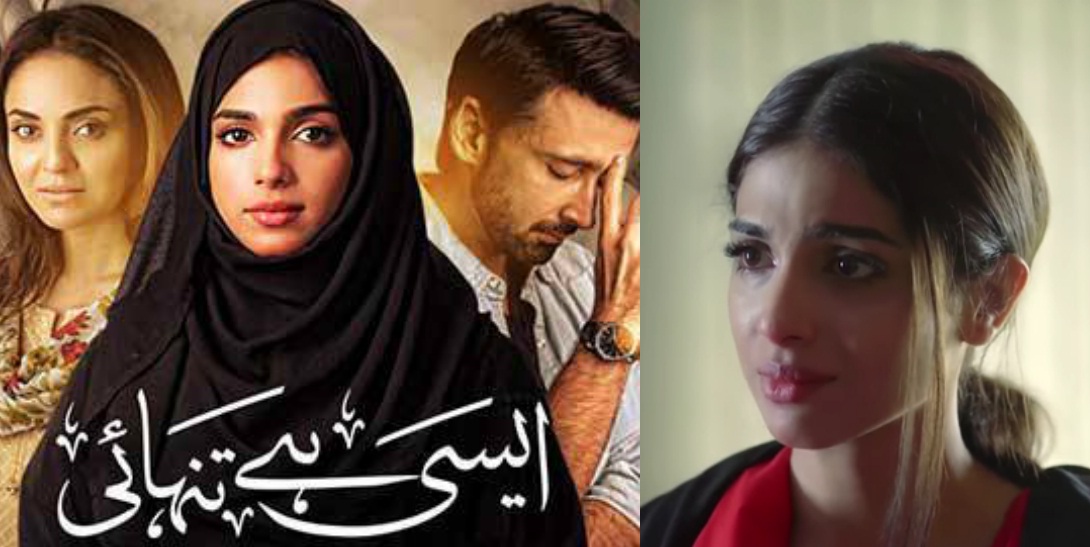 Pakistani dramas have increasingly started raising awareness of important issues that plague our society. One such drama is Aisi hi Tanhai.Written by Mohsin Ali and Directed by Badar Mehmood, this compelling drama seems to touch on multiple issues that are so prominent in our society but have not all been given adequate attention.

The drama revolves around the story of a middle-class family girl called  Pakeeza(Sonya Hussyn), who along with her sister Kinza (Nadya khan)  is raised by a widow (Saba Hamid). She is in a relationship with a boy in her college Hamza (Sami Khan). The story shows the trials and tribulations of the characters as they are hurled into unforeseeable circumstances when inappropriate pictures of Pakeeza go viral when her phone is snatched. The pictures had been innocently taken to prove her trust for her boyfriend.

The drama is fascinating in so many ways. It has been beautifully conceptualized and flawlessly executed. With 32 episodes of non-stop mesmerizing performance, it has captured the hearts of millions of viewers in Pakistan. Amongst other things, I like the fact that a very relevant theme of digital footprints and its consequences has been highlighted. Given the prevalence of social media in our societies it is laudable to see a program depicting the consequences of one regrettable thing going viral on social media. It shows how easy it is to make mistakes with lifelong consequences in the digital age. It, therefore, also serves as a warning to youngsters to be wary of how they are using their cell phones and other digital devices. 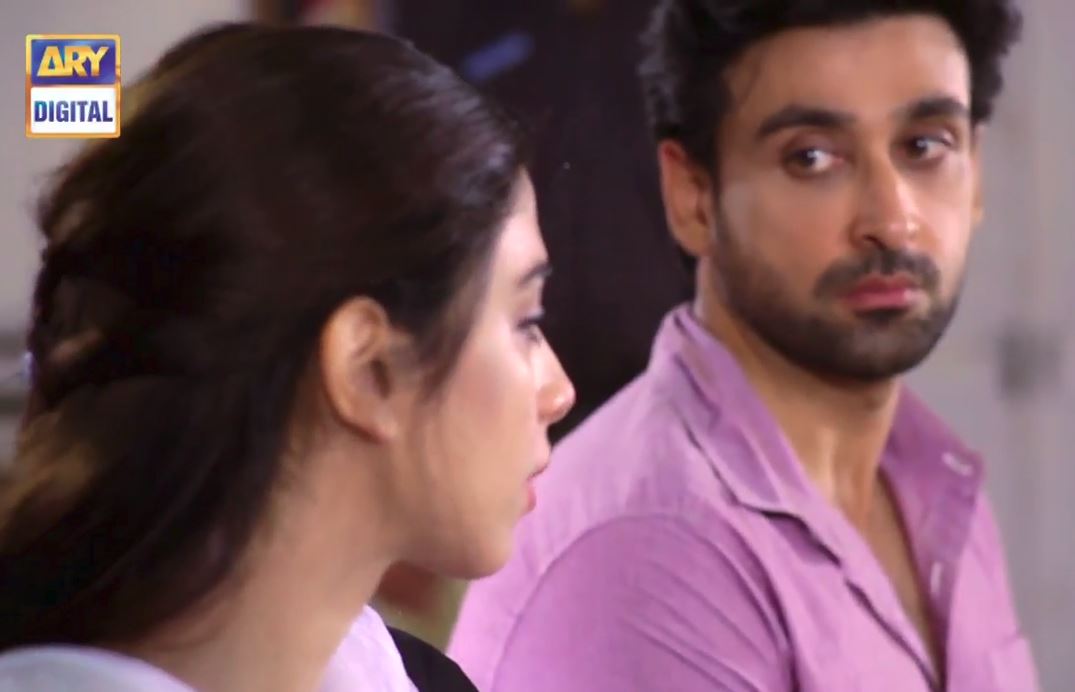 It also touches on other, equally important themes. The role of parenting and the dilemma of parents have both been addressed in a very comprehensive way.  One is forced to recognize how a parent’s support can make all the difference. How important it is for parents to give unfaltering unconditional support.One cannot help thinking how things would have played out differently if either Pakeeza’s mother or Hamza’s parents (played by Sheryayr Zaidi and Seemi Pasha) had behaved differently.

The dilemma of parents has also been portrayed well. How society holds them accountable and pushes them to standards upholding which would be detrimental to their children’s future.We see parents being forced to choose between supporting their children and keeping and maintaining their respect in society. However, the drama does not stop here.   It also focuses on children’s duty towards parents. In the last episode, Pakeeza has this whole monologue in which she reminds children of their duty towards parents. Also, the way in which she has nothing but love and affection for her mother reinforces this particular theme.

The drama also brings attention to the unforgiving nature of our society, especially for a woman. One mistake is enough to damage their character. This puts women at a special disadvantage in the digital age where anything can go viral in seconds. Nothing can be done to reverse the damage of a viral content.  it is sufficient to label the woman as characterless who can then be manipulated and used by other men. Once she carries that label everything seems to come undone. Even seeking justice in a court of law is seen to bring dishonor. In the drama, we see the court trail even starts by focusing on the character of the girl Pakeeza in question. Many of the dialogues that Pakeezah has pointed to this particular lens with which the society frames everything.

The cast seems to have been very carefully selected. The acting was par excellence. With icons like Saba Hameed performing it was difficult for the acting to go wrong. However, others also displayed a knack for acting that gave the whole drama a real like feel and made the audience emotionally gripped till the very end.  Sami Khan and Sonya Husyn are both stunners and amazed the viewers with their spectacular performance. Sami khan seemed just right for the drama and seemed to have immersed himself entirely in the character. I think he is one of the most talented actors I have seen in a long time. He breathes life into his character.

By putting him at the center of the situational irony of him marrying Kinza for Pakeeza when Pakeeza was actually alive, the drama ensures conflicted emotions that he executes beautifully. Some of the parts in the drama require him to be quiet and use body language rather than explicit words to connect with the audience which he does with an exceptionally good flair. Sonya Hussyn, in my opinion, was flawless in her acting. So beautifully does she act out her role of a college student suddenly thrown into hopeless circumstances where she has to face the world alone that she has the viewers’ unflinching sympathy? She has such mastery over tonality, facial expressions and overall acting that I am sure she will continue to excel in this field.

It was delightful to see Nadya Khan make an appearance after 17 years. She couldn’t have chosen a better way to a comeback. Her acting speaks for itself. She plays all three roles of a sister, a daughter and a wife with an equal knack.  A role that requires a constant shift in attitude and demeanor has been cogently performed by her.

There are times when the drama does border on unrealistic. I believe Hamzas character fosters unrealistic depiction of reality because it would be improbable to find such a character in real life. Someone who would be willing to take a stand in front of the whole society for the family of one’s dead beloved (who, by the way, do not have a very high opinion of him). I also believe the portrayal of Pakeeza’s friend Rimsha (Sadia Ghaffar), after Pakeeeza is believed to have died, is unrealistic. She becomes too completely transformed to be convincing. This, however, has not been at the expense of acting which in my opinion does not falter at any point. Also, it does provide some relief to the viewers from the onslaught of hardcore reality does. 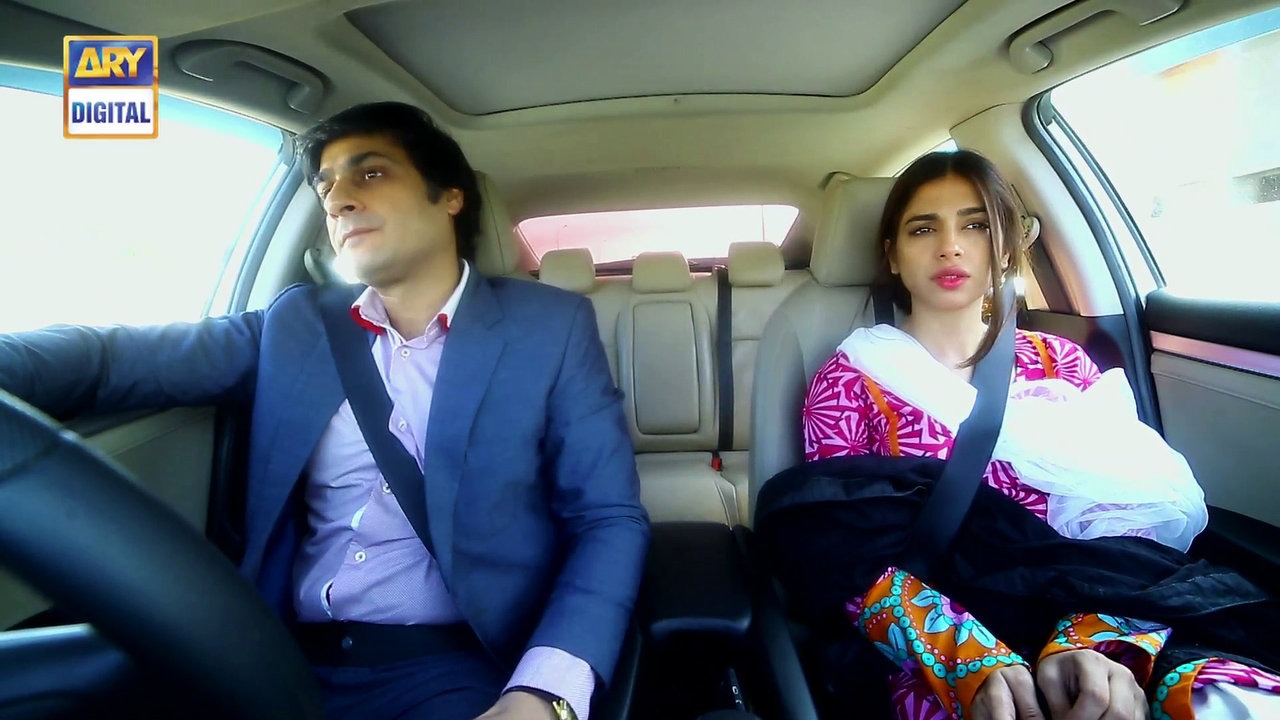 One particularly commendable thing about this drama is that does show some good characters in addition to bad suggesting that not all people are cruel and harsh too and many go out of their way to help those in need. For instance, the woman at the hostel gives Pakeeza shelter for the night despite her husband’s admonitions. Similarly, Dr. Saad helps her unselfishly without any ulterior motives. This helps creates a balance in the depiction of the society. It does not, however, dilute the main message. Rather, it suggests a hope that the social evils can be conquered.

Overall, I believe Ais Hai Tanhai deserves all the applause. The whole team, including the producers, Fahad Mustafa and Dr. Ali Kazmi, should be applauded for the commendable effort and impeccable performance. I thoroughly recommend it to those who have not yet seen it. You will not be disappointed for sure. One word of warning though.This drama hurls you into various different emotions and will definitely not leave you dried-eyed so be sure to watch it alone with a pack of tissues by your side!