Every Karachitte Should Know These Facts About M. A. Jinnah Road 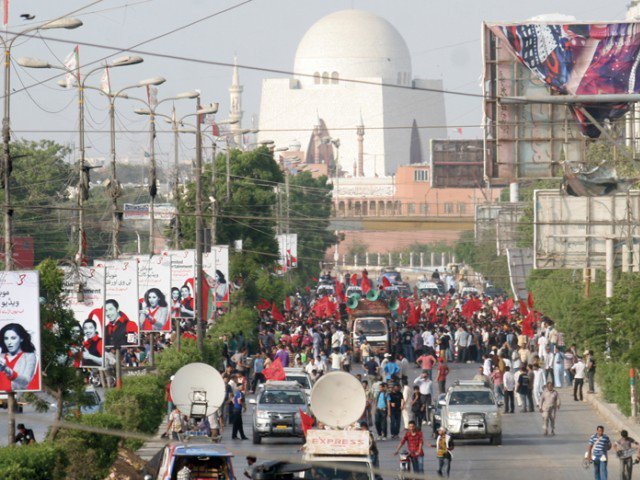 Karachi, a city of population over 25 million often referred as ‘The City of Lights’. The boundaries of this city are still not defined as it’s expanding every passing day and no one is truly certain about the start and end point of this city. Being the commercial capital of the country it has buzzing markets, rushing roads, sky-rocketing buildings, crowded streets and variegated shops present all around. This city has many important streets and roads joining one area to another.

These roads are so intertwined that one road leads to multiple areas. Talking about important and central roads, Karachi has multiple important streets but when it comes to the amount of traffic, a few come close to M.A. Jinnah Road. Starting from Guru Mandir and stretching till Netty Jetty, this road is named after the founder of Pakistan ‘Quaid e Azam Muhammad Ali Jinnah’ whose exquisite white tomb is situated right in the middle of its entirety

. It has 15 signals which mean it’s a way to 15 or so areas. It has a rich history as it was the epic center of the city during the British era and you’ll encounter a pre-partition building every few meters away on this road. Some of them include Radio Pakistan, Denso Hall, KMC building, Old City area, Merewether tower, KPT building and a multitude old residential apartments dating back to almost a 100 years.

The importance of this road can be well understood by the fact that when you stand at any bus stop of Karachi, out of all the buses passing through, at least one of them will be passing through M.A. Jinnah road. This shows how easily this road is accessible. Moreover it’s very easy to guide someone to your address if you live on this road as every Karachite is well aware of this area.

But with pros come a heavy dose of cons. The only time you regret your house being situated on this road is when there’s a rally or a protest in the city and the only spot where every protest takes place in the city is; M. A. Jinnah Road. But unfortunately that time comes almost every week. Every protest, rally and procession is being held at Numaish Chowrangi which ultimately disrupts the entire road and the traffic has to be diverted through narrow streets of Saddar and Soldier Bazar which results in traffic jam.

Be it any incident in any part of the country, Numaish Chowrangi always faces the repercussions and there have been times when it’s been closed for three to four day because of sit ins and protests. It’s a picnic spot for protestors and political parties. Whenever they are fed-up with their day to day activity; they come to enjoy a protest on Numaish Chowrangi. This situation worsens in Muharram when you have a complete shut down on this road for four days i.e 7, 8, 10 of Muharram.

It’s so robustly sealed with containers placed at the end of every street that you can’t even cross it to go on the other side of the road. It’s a literal cut off from the rest of the city and we enjoy an imprisonment until it’s over. The only silver lining is that this is the perfect situation to play street cricket as there is literally no traffic interrupt your game. Since the country’s situation as a whole is improving and things are getting better, the residents of M. A Jinnah have started to experience relief as these weekly protests have come down to twice or thrice a month otherwise, it was so bad that we used only one excuse for being late everywhere “Yaar Numaish pey rally thi to road band tha.”

Here’s All You Need To Know About Protecting Yourself From Congo Virus
How I (Firangi Certified Chef) Survived Among Desi People Would Amaze You!
To Top