Halime Sultana is the name of which currently every Pakistani is familiar with. The Drama series Ertugrul has gotten tremendously famous in Pakistan. The actress, Esra Bilgiç, who is named Halime Sultana in the Ertugrul series has defended Pakistanis. 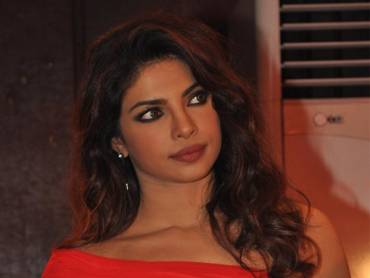 The story began with the tweet of Priyanka in which she said: “Jai Hind” referring to the pseudo surgical strike of India in Pakistan, which destroyed some trees.  After that, the girl named Ayesha Malik asked Priyanka a question during an audience Q&A session at Beautycon in Los Angeles, USA.  She accused her of being a “hypocrite” for supporting the Indian army and “encouraging nuclear war against Pakistan” amid a soaring clash between Pakistan and India.

To this, Priyanka replied: “Whenever you’re done venting… Got it, done? OK, cool. So, I have many, many friends from Pakistan and I am from India, and war is not something that I am really fond of but I am patriotic. So, I’m sorry if I hurt sentiments to people who do love me and have loved me, but I think that all of us have a sort of middle ground that we all have to walk, just like you probably do as well.”

After that Esra Bilgiç commented on Instagram under a thread replying to Priyanka Chopra. She said, “Being patriotic doesn’t mean that you should encourage the war. You shouldn’t belong in a conversation concerning war as a UN goodwill ambassador. You effect many childern, many people as a role model. And you were so disrespectful against a woman who just asked you a question about your statement that you shared with millions people in your own twitter account.” 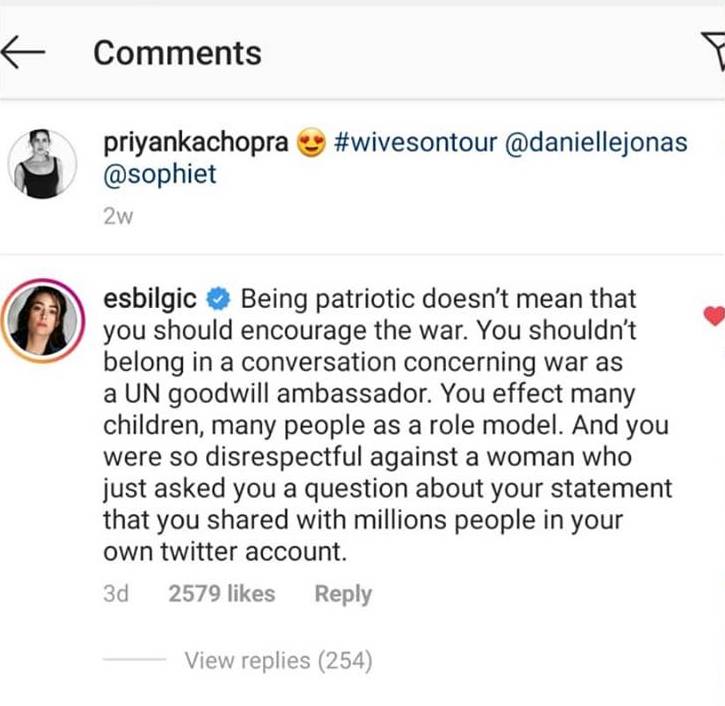 The Turkish actress proved her love for Pakistanis long before Pakistanis started watching her drama series Ertugrul. She taught Priyanka that being a UN ambassador her words don’t match her designation.

Currently, the whole of Pakistan is in love with the eminent Turkish actress. Although it has been long when she supported the Pakistani girl against Priyanka, it is a good time to highlight her deed.

This is when #Pakistan and #India were on the brink of war. Indian Actress Priyanka Chopra @priyankachopra was the next poison against Pakistan on #Twitter Then
Ersa Bilgic @Esbilgic Had a short answer. who is playing the role of Halima in the drama #ErtugrulGhazi #EsraBilgic pic.twitter.com/lnj3zk018A

Remember when esra said this pic.twitter.com/j9Nv5mWzeY

In a nutshell, Turkey and Pakistan share cordial relations. People of both countries love each other and have mutual respect. History bears testimony to the fact that the countries supported each other on several fronts.

After Halima Sultan, Ertugrul Is Being Questioned For Being A Muslim
PTM Leader Ali Wazir Gets Coronavirus After Claiming The Disease Is A ‘Conspiracy’
To Top