Days of quarantine could not have had better news than this. Pakistan Television Corporation (PTV) is coming to your rescue, fulfilling the Prime Minister’s dream of bringing relatable content to the state news channel.

With Ramadan just around the corner, Pakistanis could not have had better news in terms of entertainment. Dirilis Ertugrul, a Turkish drama has finally come to Pakistan. So, you do not need a Netflix account anymore to watch the very famous depiction of Muslims in the 13th century.

The Special Assistant to the Prime Minister confirmed that Ertugrul will be dubbed in Urdu and be aired on PTV from the 1st of Ramadan on the PM’s directions. The show will air at 9:10 pm every day since there are more than 600 episodes of the show. 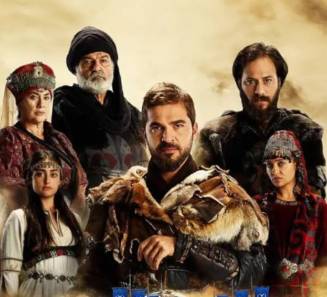 Ertugrul rose to fame after it went for telecasting on famous entertainment platform Netflix. The story of the show is one that interests Muslims, reminiscing how the Ottoman Empire fell in place. Ertugrul the lead character, played by Engin Altan Duzyatan, was the father of Osman 1.

The 13th-century show is ana adventure and emotion-filled series is based on the Muslim Oghuz Turks. These soldiers of Allah fight against the Mongols, Christians and Templar Crusaders in Anatolia.

Quite often, Ertugrul has been dubbed as the ‘Turkish Game of Thrones’ and rightfully so. This type of content for the Pakistani audience is a step in the right direction. Also, this will not be the first time a Turkish drama goes live in Pakistan. Previously, shows like ‘Ishq-e-Mamnoon’ and ‘Fatima Gul’ rose to fame in the country as well.

Dr. Firdous Ashiq Awan broke the news through her Twitter account. Stating that on the PM’s orders, finally, the show will start airing from the 1st of Ramadan, every single day.

Moreover, Ertugrul will serve as informative and wholesome family content, depicting how Muslims rose the heights they are at today. Overcoming all odds and ends, how Ertugrul led his army and spread Islam through ranks and files.