After Esra Bilgic, Ertugrul Ghazi Himself Has A Special Message For People Of Pakistan

Dirilis Ertugrul Ghazi, as of now, it can be easily said that the show is gaining more traction than any other in Pakistan’s history. Surprisingly, this is also the only show that portrays Islamic history. Never in Pakistan has a show been so loved and adored.

Generally, when fans give an outpour of love to celebrities, they often acknowledge it with special messages for them. That is exactly what happened after Pakistan fell in love with Ertugrul. Engin Altan Duzyatan, the Turkish actor who plays the lead role of Ertugrul, has sent a message for his fans in Pakistan. 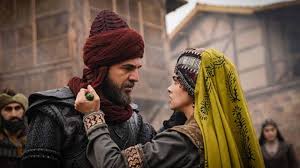 After Engin Duzyatan received news that his show had broken all records in the country’s history. It was only right the man himself finally addressed the nation (do you think Ertugrul will make for a handsome PM?).

This is what Engin Duzyatan aka Ertugrul wants Pakistanis to know

“I LOVE YOU PAKISTAN, THANK YOU FOR WATCHING US. I HOPE I CAN COME TO MEET ALL OF YOU ONE DAY” 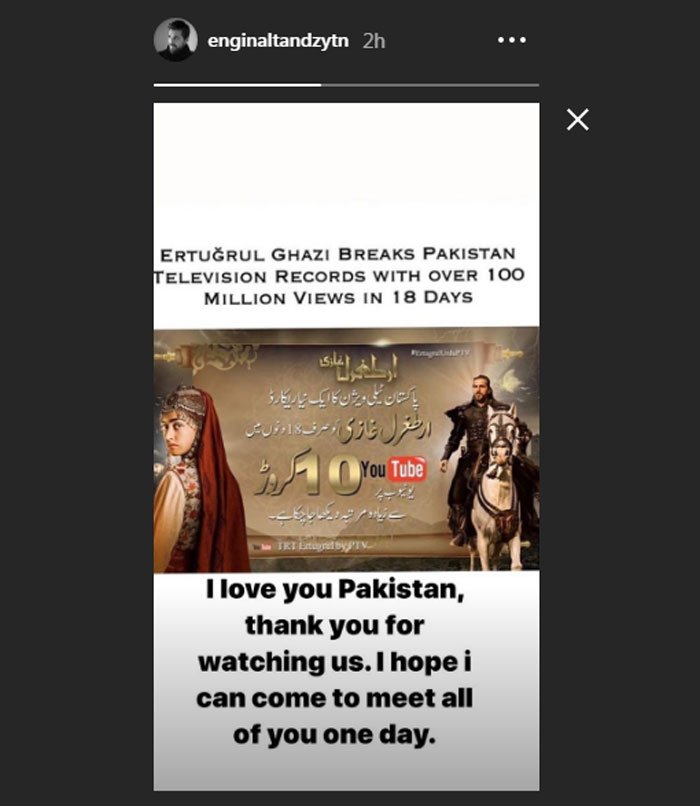 Before Engin Altan Duzyatan, it was Esra Bilgic, who plays the role of Halima Sultan to thank Pakistanis for their love and affection. Both the Turkish stars have gained thousands of followers from Pakistan, along with messages of love and adoration.

With all the love being given to the cast of Ertugrul, questions have also been raised by Pakistani celebs in this regard. Many Pakistani actors are of the opinion that a Turkish show should not gain so much traction in the country. Before Ertugrul, shows like Ishq-e-Mamnoon and Fatima Gul had reigned supreme on televisions in Pakistan as well.

The actors, in their might, are correct. However, what they need to understand is that Ertugrul is a special show with a lot of knowledge about the early times of Islam. If the Pakistani industry can produce content like this, who needs Turkish dramas and Ertugrul?

Share
Tweet
Share
Share
Email
Recent Posts
Trending Posts
Urdu
WATCH: This ‘Gora’ Came To Pakistan 10 Years Ago And Fell In Love With The Soil Of Sindh
‘I’m A Cricketer, Not A Gora Who Speaks Perfect English’, Says Babar Azam
To Top