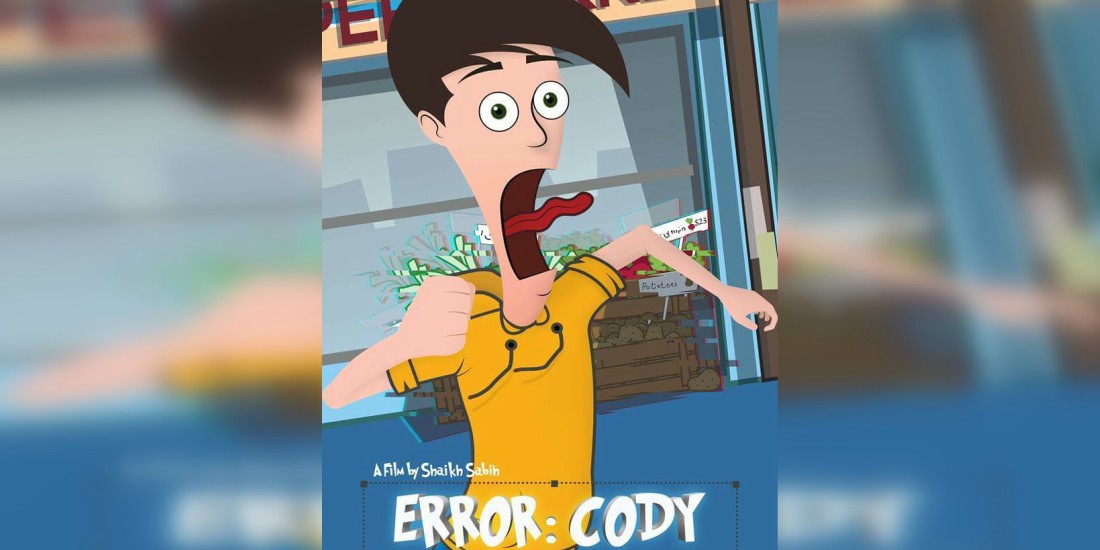 A young enthusiastic animation student, Shaikh Sabih from Karachi Pakistan, created a unique comical short film. He used his knowledge of both 2D and 3D animation to present and bring his story and concept to life.

Through his animation skills, he tried to convey the message that the real world we live in is not any different from an animation itself. It is believed that everything is written, our past, our present and our future. The choices that we make end up having a future that was already written by God even with just one choice that we find, what we do not realize is that it was an opportunity that could end up in being something greater.

Error Cody – A Short Film By Shaikh SabihStory is Based on a boy born with a curse that allows him to see glitches in his life.Shaikh Sabih as CodyAta Syed as WaiterFaryal Mehmood as MomSamad Rizvi as Doctor3D lighting direction by Umair Najeeb KhanCreative Consultant: Nabeel NadeemAudio Production by Lucian Marza#errorcody #film #animaion #cartoon #2d #story

The only difference is that the character could see those stutters/glitches but we cannot because we live in a perfect world created by God. However, in the animated space created, Cody (the main character) could see those glitches, leading him to the cursor he was trying to avoid. The cursor in this story is a reflection of an angel following and selecting him. Which proves a point that God chooses those who truly deserve it, be it a blessing or a punishment.

Error Cody is a comical short film that revolves around a 23-year-old boy. The story begins from the day he was born, with a unique curse (or must we say cursor), and how he deals with it throughout his 23 years. Whenever Cody (the main character) sees an opportunity, or is presented with a choice, an object in his surrounding glitches, and seems only visible to him. As he grows older, these glitches become more frequent and noticeable. The more he tries to avoid it the closer and more frightening they become.

While trying to escape these glitches he discovers, that something is following him and runs from it, realizing towards the end of the film, that he is trapped in a 2D world, and being chased by a computer cursor.