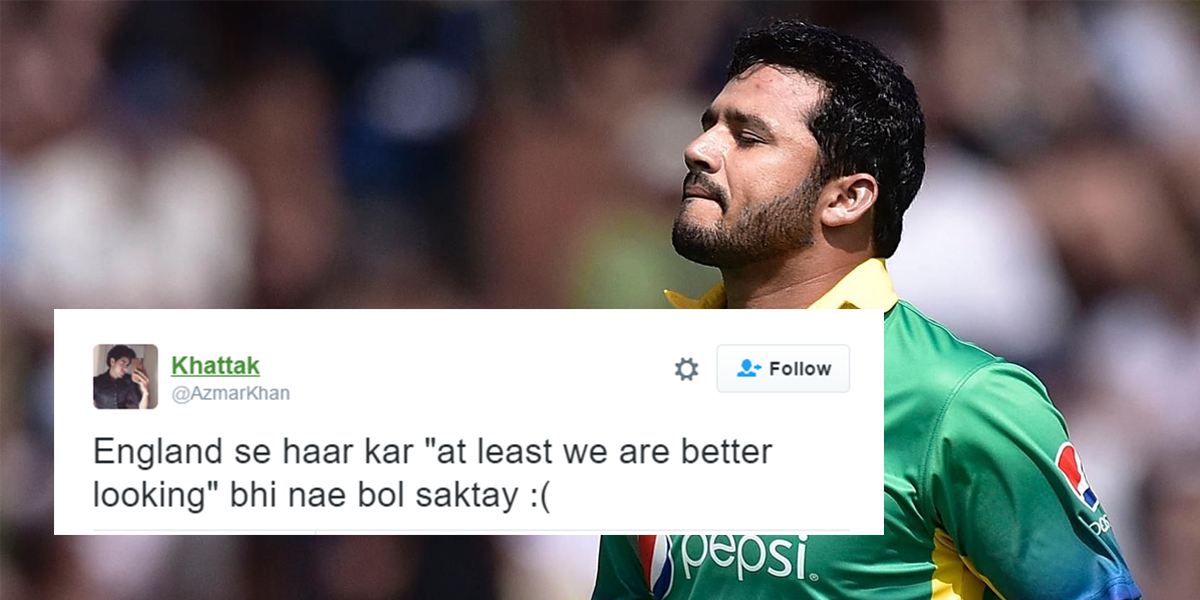 Today, the entire nation witnessed the brutal reality of Pakistan’s national cricket team in the ODIs. Just after being ranked as number 1 test team in the world, the whole country opened its eyes to see the other side of the coin; Pakistan Cricket Team’s ODI performance.

As if the British rule on the subcontinent was not enough, Pakistan knelt like a slave once again and gave away first three ODIs to England. Being 3-0 up in a 5 ODI series, England has won the series and would only be looking forward to improving their ICC rankings.

People have reacted in a lot of ways. Some suggested a change in captaincy, while others preferred to express their dissatisfaction after watching England score a blistering 443 runs; the highest target in ODI format by any team.

However, Misbah ul Haq, a villain-turned-hero in the eyes of the Pakistanis, came to the team’s rescue and tried to console the defeat with these words:

While some tried to spin the situation towards humor

Look what we discovered:

The Indians were not going to be the ones who would let such an auspicious occasion to pass by. This is what some of them had to say:

Indians are good at math

10-0-110-0
These are nt binary numbers
Infact these are the bowling figures of @WahabViki .. Well played Champ.#EngvsPak #WahabRiaz

#WahabRiaz has been seen running away frm the cricket pitch aftr figures 10-0-110-0. Call us if u see him #ENGvPAK pic.twitter.com/7V2OGYQwlU

Let us now hope, and pray, that the lads pick themselves up, and show a good fighting in the remainder of the tour to England.

KFC’s Secret Recipe Has Been Leaked! Now You Can Have It All The Time!
QB’s Statement Summarizes Why Rohail Hyatt Was Better Than Strings!
To Top