Diriliş: Ertuğrul has become one of the most-watched series across the world. Besides, the drama series has showcased some of the events in the glorious past of Islam. Muslims across the world and particularly in Pakistan are admiring the series. They are in love with the actor Engin Altan Düzyatan. Recently, actor Engin gave an interview to British Broad Casting (BBC) Asis and talked about Pakistan.

The Turkish series has become so influential in Pakistan that even some of Lollywood celebrities praised the work of the Turkish starts.  The TV series was aired in Pakistan when PM Imran Khan asked Pakistan Television (PTV) to run it on the national screen.

Anchor: Engin Altan I am so excited to be finally having this chat with you. Many of my listeners are huge fans of this historical Turkish series, Ertugrul. How are you?

Engin Altan: Hello, I am very well, Thank you, Noreen. I hope you are good too. 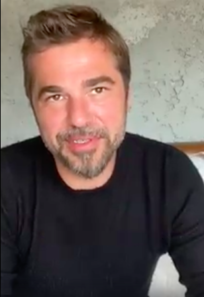 Anchor: I am very well, Thank you. Now, we know this show has become a massive hit globally; especially since it’s been shown on Netflix. So when you were filming, did you ever think that it would kind of get the attention and the love and the praise that it’s is currently receiving?

Engin Altan: When we were filming, we knew from the beginning that it is going to be a memorial series. However, this much attention, even I didn’t imagine. We are grateful.

Anchor: I know so many people now after watching the series, who have never been to Tukey before but are really intrigued and want to now go and visit the country. So, this series has certainly boosted tourism for Turkey.

Engin Altan: Yeah, we know for a fact Turkish popularity increased after the TV series, which is great news. We are really glad.

Anchor: So, this series has recently been dubbed in Urdu. It is being shown in Pakistan. It is breaking records there. What do you think makes this series connect with a Pakistani audience so much?

Engin Altan: I think both Turkish people and Pakistani people love well-crafted stories. Turkish series are successful at conveying the touching sense of drama to the audience.

Anchor: Playing the lead role of Ertugrul Ghazi, What qualities in him do you admire the most?

Engin Altan: I love Ertugrul Ghazi’s vision, strengths, purpose in life, and all of his values. He is an admirable person. I am really happy that I could portray his life

In conclusion, it is not the first time the Turkish actor has talked about Pakistani audience. Engin Altan loves Pakistanis and his interview showcases his love for Ertugrul Ghazi too.

Minor Girl Files Petition In Peshawar High Court To Change Her Gender Permanently
Fair & Lovely Removes ‘Fair’ From Its Name – Will It Make Any Difference?
To Top