The End of Tahir-ul-Qadri's Dharna! 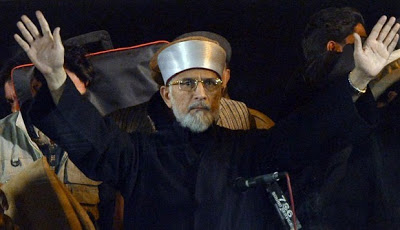 Tahir ul Qadri finally ended Pakistan Awami Tehreek’s Dharna after 67 days of sheer torment that eventually turned out to be a waste of time. The Pakistan Awami Tehreek (PAT) chief announced to end the Dharna, at D-Chowk, Islamabad, saying he would proceed with his “revolution” by holding rallies across the country. Tahir ul Qadri told his supporters that they should not see the decision as annihilation and advised them to take it as a part of the process of revolution, an idea he has attempted to offer without providing any reasonable definition of its significance. One cannot say that his Dharna was bound to fail or that its result was inevitable. There were times where the activities of Qadri and his supporters appeared as though and that they may succeed in constraining the legislature into a desparate corner or making a circumstance where the military would make unprecedented move. In any case, after the cleric ran and hid his car while sending ladies and kids to be tear gassed, and after whatever happened at the Pakistan Television (PTV) office in Islamabad turned out to be the work of PAT supporters, the Dharna lost every ethical gleam it may have in the eyes of public. 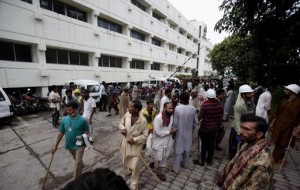 Adequately, the Dharna finished over a month ago. After August 30 it was improbable that the Prime Minister would leave with almost all the political parties in Pakistan and the bulk of civil society behind him. Continuing the Dharna gave Tahir ul Qadri time to devise a strategy while staying in the spotlight. With Dharna participation dropping from the thousands to hundreds , especially after religious occasions like Eid, and with Muharram around the corner, guaranteeing that more participants would leave, it appears Tahir ul Qadri realized that possibly he would need to end the Dharna or he will be left with a handful participants. His public announcement made a month ago that PAT would compete in the next elections was an indication that he will end the Dharna and demonstrated that Tahir ul Qadri is mindful of the limitation of the protest. His interest for the Prime Minister’s resignation was predicated on having the capacity to compel the military to intercede, and failing that, the PAT chief realized that in order to save his face he will have to end the Dharna and to set a new direction for PAT. Many of his other demands were reasonable and some of them were accepted by the Prime Minister, Nawaz Sharif. Although there has been no settlement between the government and PAT, but the fact that Nawaz Sharif has instructed PMLN’s members to refrain from making derogatory remarks about the PAT indicates something else. Only time will tell if Tahir ul Qadri has managed to strengthen up his voters’ bank with the Dharna or not. 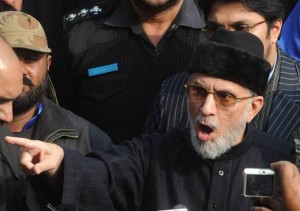 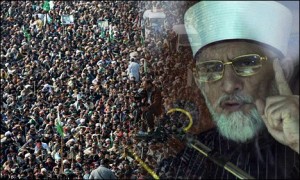 With the choice to go across the country, the PAT and Pakistan Tehreek-e-Insaaf (PTI) seem to have a link, but the end of Tahir ul Qadri’s Dharna has adequately separated the Siamese twins and one could say this was inescapable. Imran Khan’s requests preceding his association with Tahir ul Qadri were centered on accomplishing power inside the current system, while Tahir ul Qadri needed an upgrade of the system. “Revolution” was not Imran Khan’s plan, and ‘Election’ was not Tahir ul Qadri’s agenda. Their solo mutual meeting point was the resignation of the Prime Minister, besides that they had nothing in common. Today the parties’ disparities are clearer. In a general sense it was unrealistic that two identity driven parties headed by their separate crowd rousers would have the capacity to chip in for more than a short amount of time. Imran Khan and Tahir ul Qadri both need force for themselves, not for one another. The division is highlighted by the way that Imran Khan has not canceled his Dharna and keeps requesting the resignation of Prime Minister, however in the event that the Dharna did not sufficiently pressurize the government successfully, it is impossible that rallies will. They will fundamentally lose steam too with the progression of time. Unexpectedly, throughout the span of the Islamabad Dharna, the positions have switched, with Imran Khan requesting a change in the nizam (System) and Tahir ul Qadri choosing to challenge elections. The disaster is that the PTI had a solid position preceding the Dharna, which it has wasted, while the PAT has abruptly turned into a conceivable competing party. Tahir ul Qadri piggy backed on Imran Khan’s reputation to construct his own future and his future looks brighter while the PTI leader is attempting to discover a face sparing exit strategy from his demands.

Caño Cristales, the Most Colorful River Of The World! Watch The Video!
Funny Baby Video! – You Will Die Laughing!
To Top