I happened to see a film on it’s official Facebook upload where it had already grossed 12K views. I’m always looking for the ‘sweet little indie’. I can now add ‘Elo’ to the list. The short film I came across even though ‘sweet’ may not apply to this one. It’s more of a ‘heart-wrenching little indie’.

The film takes you through one particular day in the life of a boy who is getting ready to leave for the first day at his office. He seems naively excited as he has recently cleared his academic studies, looks determined to make it big in life with all the sincerity intact and can not wait to see what life has to offer on the other end, never once realizing these dreams will plow him down his own grave one day. At first, I was taken off the hook when I saw a young boy walk with an umbrella in broad daylight. 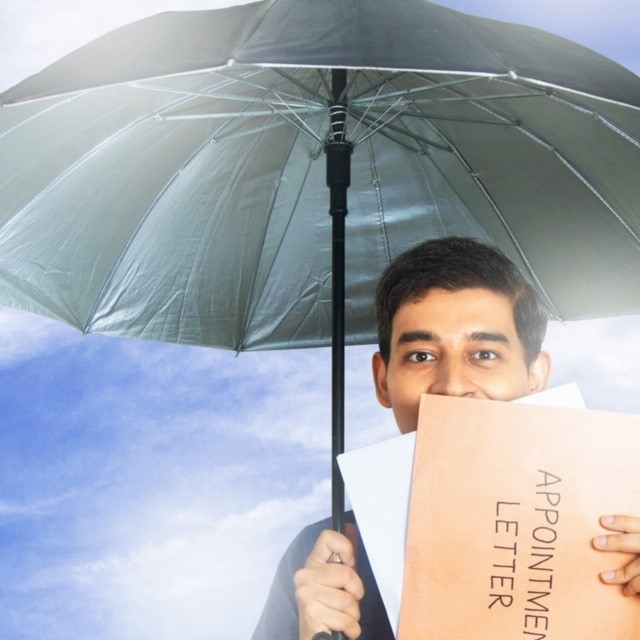 I wondered where exactly it would lead. But after the first few feet even though I had no clue where I was going, I happily surrendered.

‘Elo’ is directed by Wajahat Ali and is written as well as performed by Syed Saad Farrukh. Salik A. Chagani is the cinematographer along with Basharat Hussain, and surprisingly all of them are former film-making students of PAF-KIET, College of Media & Arts, Karachi. The breath of fresh air is that it’s a silent film with a minimal and soothing score.

The director has his hands firmly at the wheel and is able to throw many conventions out of the window because much of what we are seeing is through the eyes of a surreal lense. Huge credit to the writer of the film, the film never exists in the real world. The setting, the set-ups, the characters, and the situations are at times so bizarre and unrealistic that this is exactly what hits you most as you watch the plot unfold and keep connecting the dots with the experiences you yourself had.

No character or place has any name which according to me never felt necessary also. Wajahat’s movie makes the most of its small budget and cuts no corners when storytelling is concerned.

The film is also appearing to be quite an indie darling, evidenced by the growing number of screenings it’s having in film festivals and the two awards it recently won, including one ‘best actor’ for its lead protagonist. The film deserves them all. At times delightfully comedic and at other times oppressively tragic, ‘Elo’ starts out seeming like a small student project, only to mature along with its protagonist as situations go by and darker themes crawl over each scene like an oppressive fog. 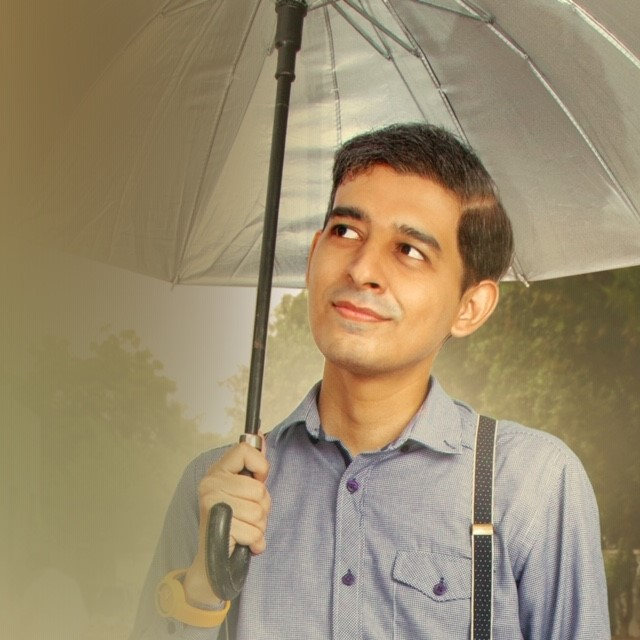 Every second of its journey is interesting and hits me close to the heart. Once the viewer gets past the initial realization that the film is set in a world that can visually never exist, thereon counterintuitively, living in that universe is a lot of fun which we never want to come down from. But, like any mind-altering substance, we know it won’t last.

The film turns dark as expected but in completely unexpected ways, talking about a cause that you could have never thought of even in your wildest of dreams to be a part of this narrative. The simply brutal end diverts your attention to the young adult suicides. Suicides of new professionals finding it hard to settle in after all the ideas they were fed by their schools, colleges, universities, and teachers have broken into a million pieces, only to come to terms with the fact that everything is not as simple and correct as you would like it to be. I wonder why mainstream stories don’t bother to talk about this topic.

I have had so many people in my own life who had to go through this unbearable experience of losing a child to societal norms and pressures. We hear about it every day and still brush it under the rug. I asked this myself a lot when the film ended ‘am I doing my bit in making things better?’!

‘Elo’ is clearly an example of a film that is what it is because of the team it had. Syed Saad Farrukh who plays the naive and lovable protagonist in the film has already had two short films before ‘Elo’ that he has acted in but his performance in this one as the rapidly regressing young adult left me shaking my head in wonder.

The ability to carry a film like this is quite rare for an inexperienced young actor with such a small body of work to his credit, let alone the fact that he had such a large hand in writing and editing the film. This is only his third film and I see many more acting gigs following after this. I for one am looking forward to this newbie. 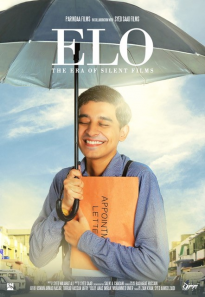 The concept of a movie within a world that doesn’t exist is certainly not new but the level to which the idea is executed here is simply breathtaking. Wajahat, Salik, Saad, and the entire team have created a little marvel that never allows the overweighting theme of suicide to overshadow the film’s on-goings. It covers an entire emotional spectrum and does so effortlessly.

It is as hilarious as it is tragic, as fragmented as it is thorough. ‘Elo’ is one of those rare films that not only can be appreciated by just about anyone but should – must be seen by anyone who has ever yearned for acceptance and maybe needs a gentle-er reminder of how the world functions. In short, everyone. I am glad I gave this movie a chance.